Performance Cancellations | A Message to our community

All public activity at The Soraya is currently suspended. This includes all presented events, rental events, and arts education activities.

For information about the county-wide Violins of Hope programming visit: www.violinsofhopelosangeles.org

The Violins of Hope collection will make the journey from Tel Aviv to Los Angeles, in an unprecedented collaboration between The Soraya, the Los Angeles Museum of the Holocaust, four Southern California symphony orchestras, and Chair Susanne Reyto.  Click Here for a full listing of Violins of Hope Los Angeles concerts and events. 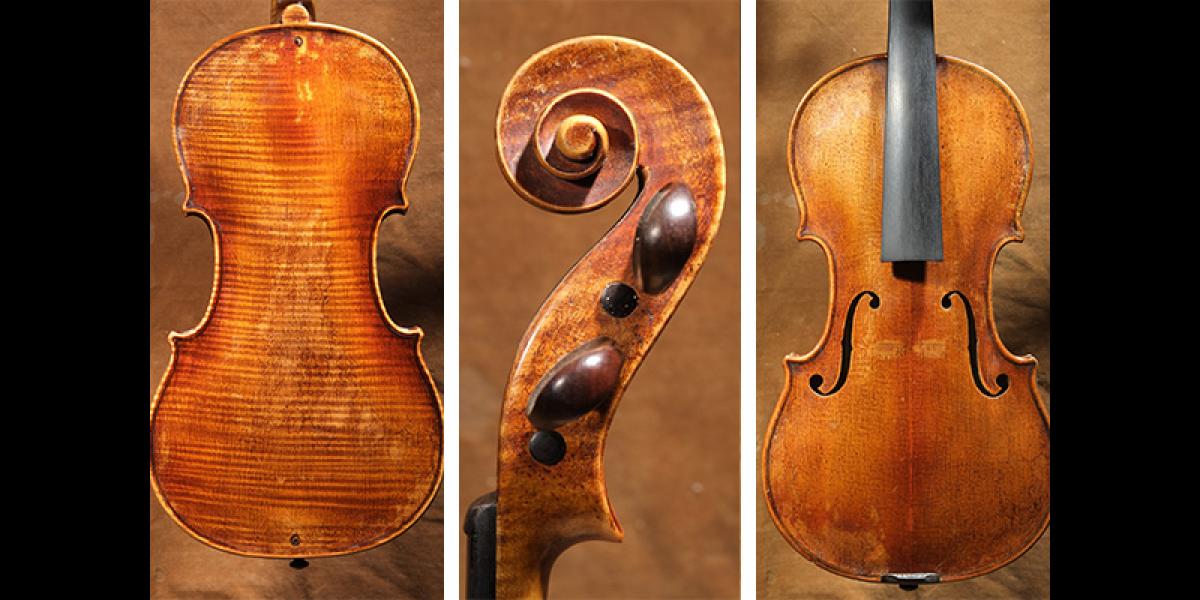 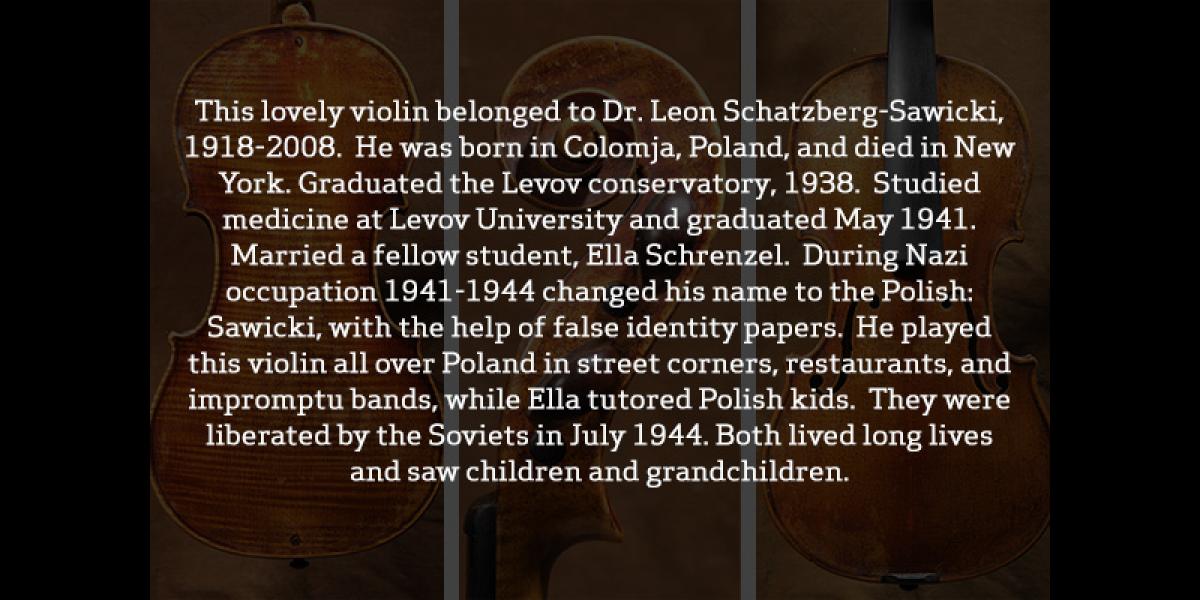 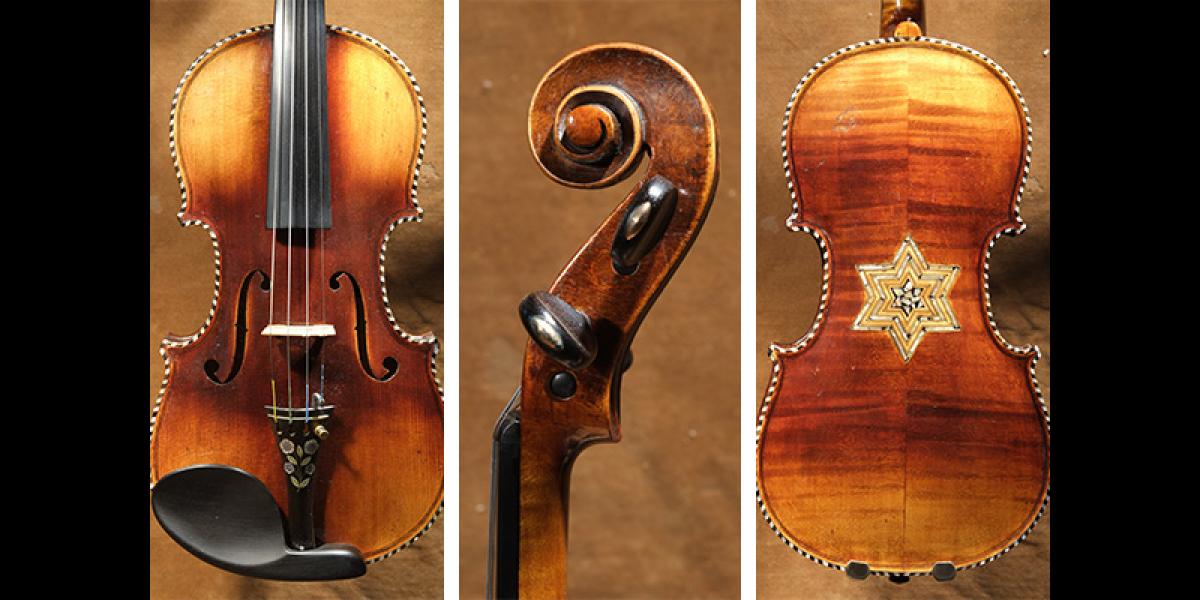 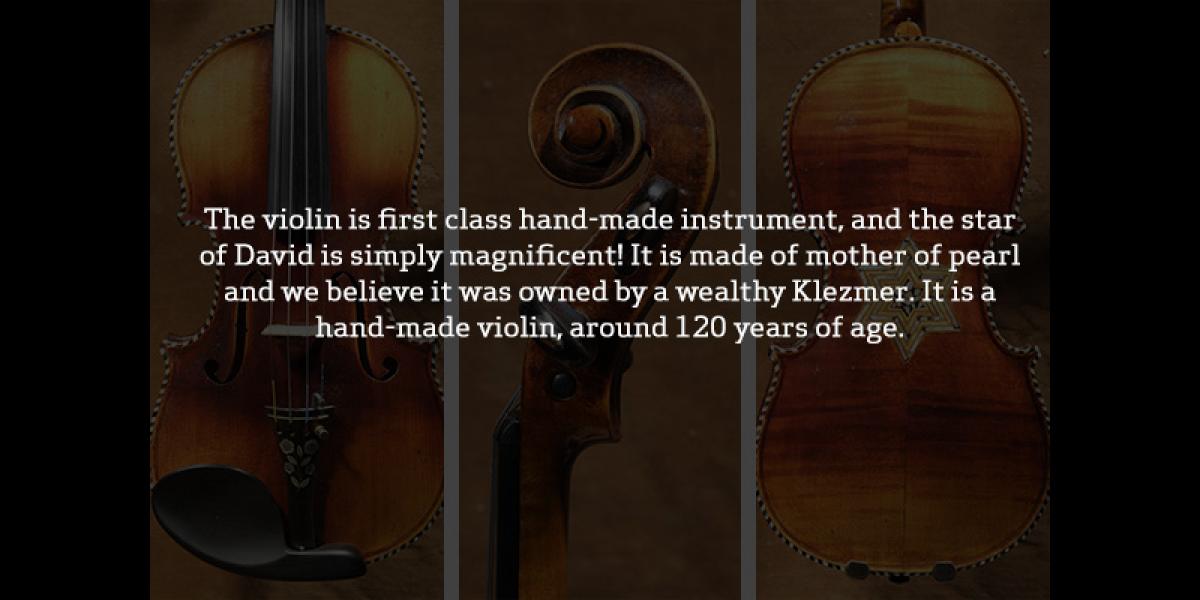 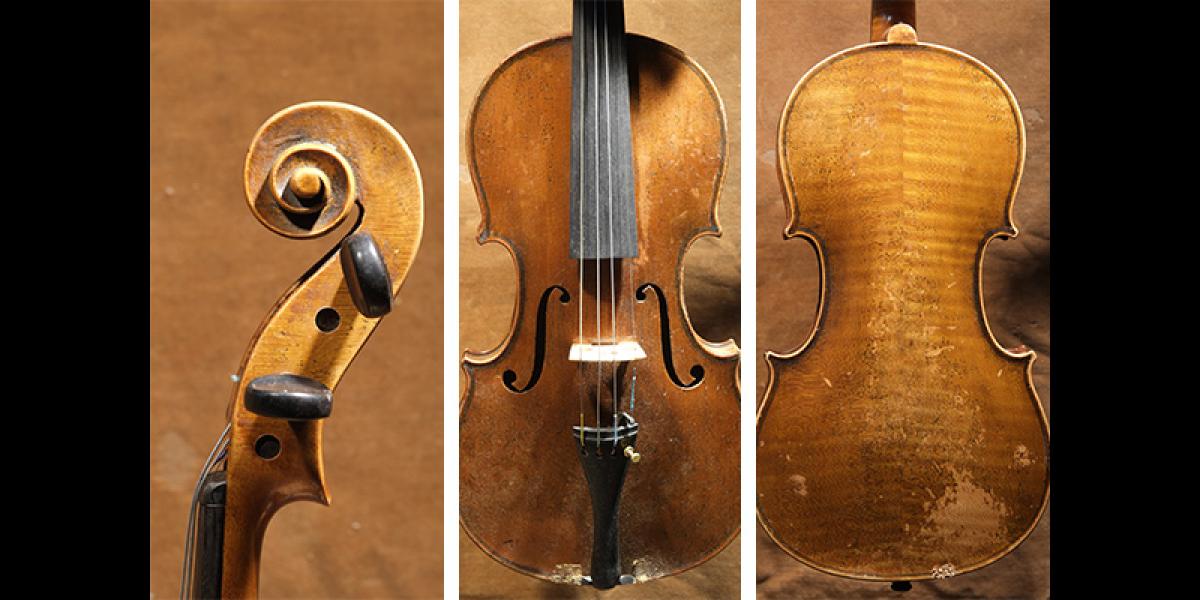 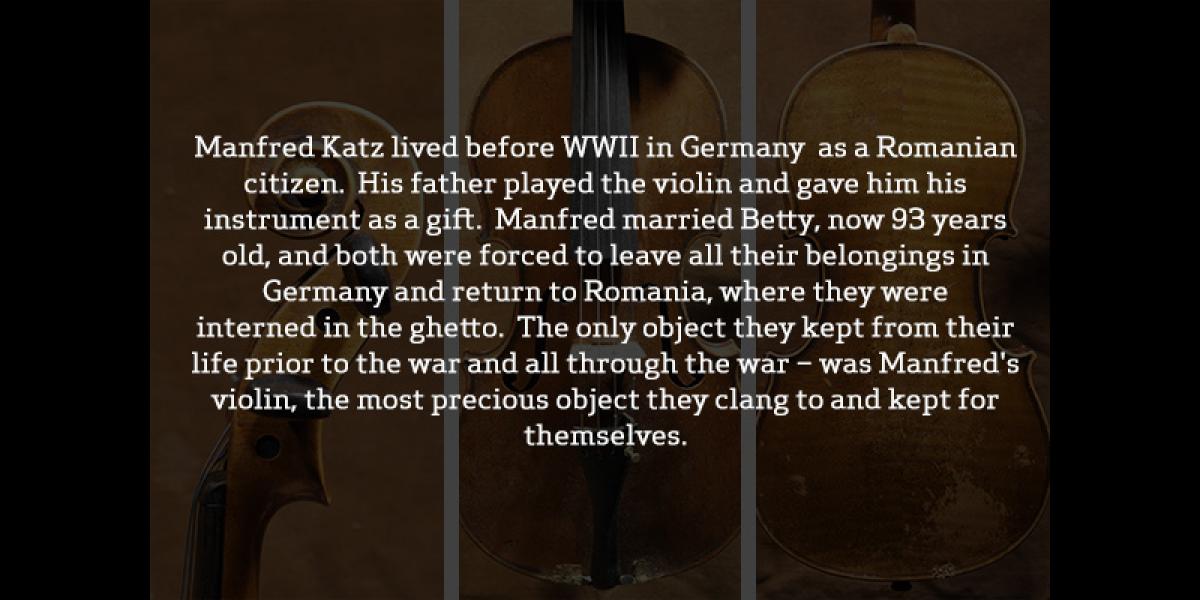 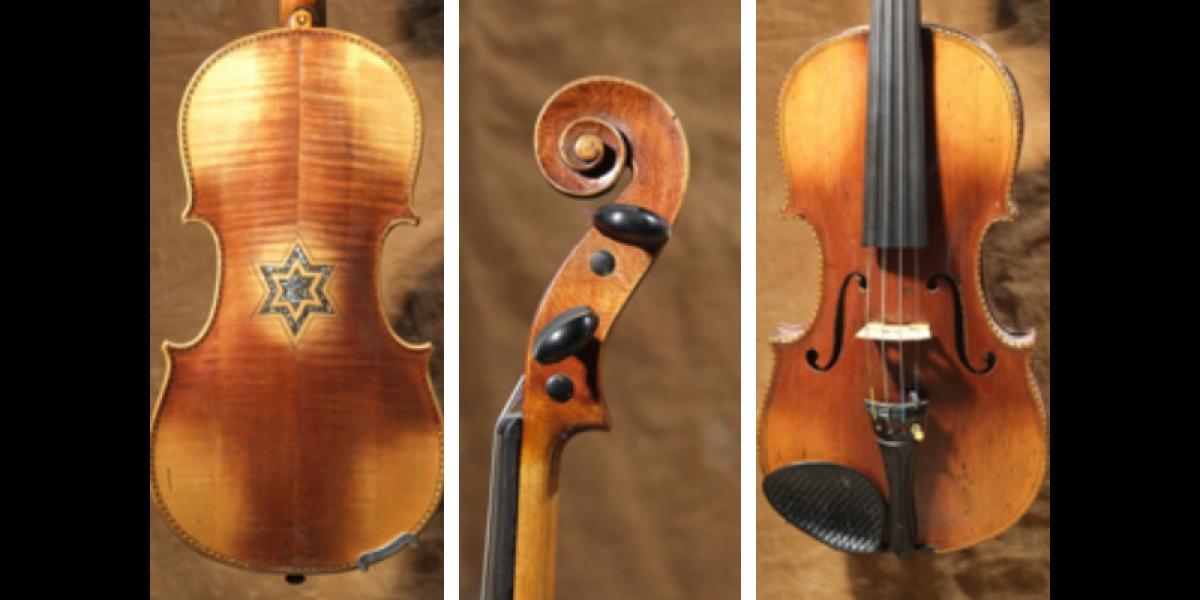 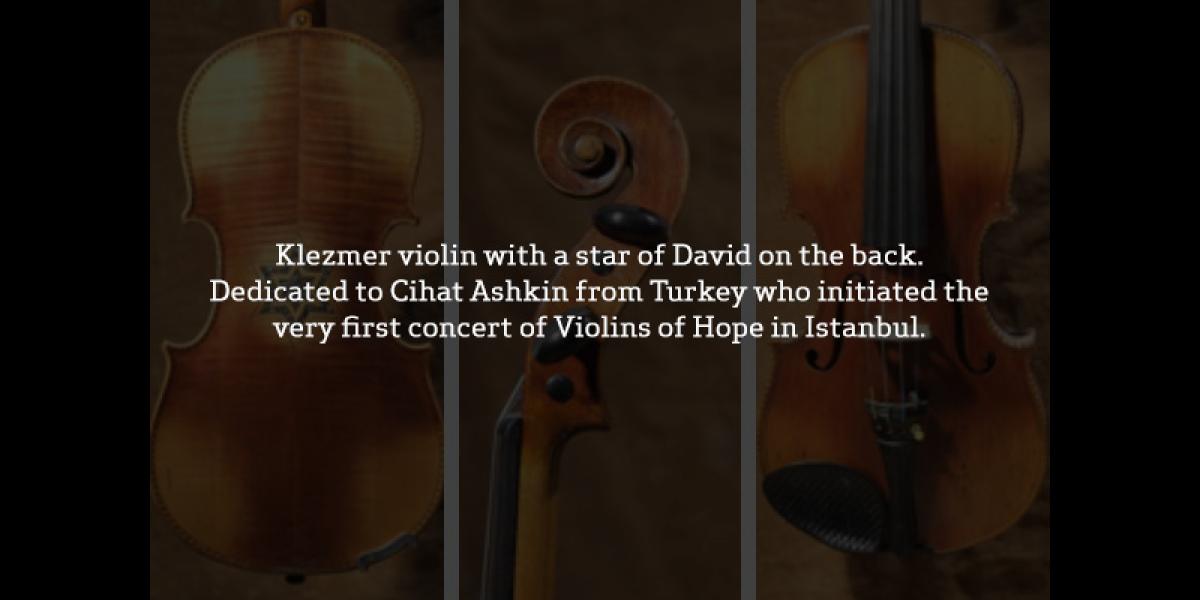 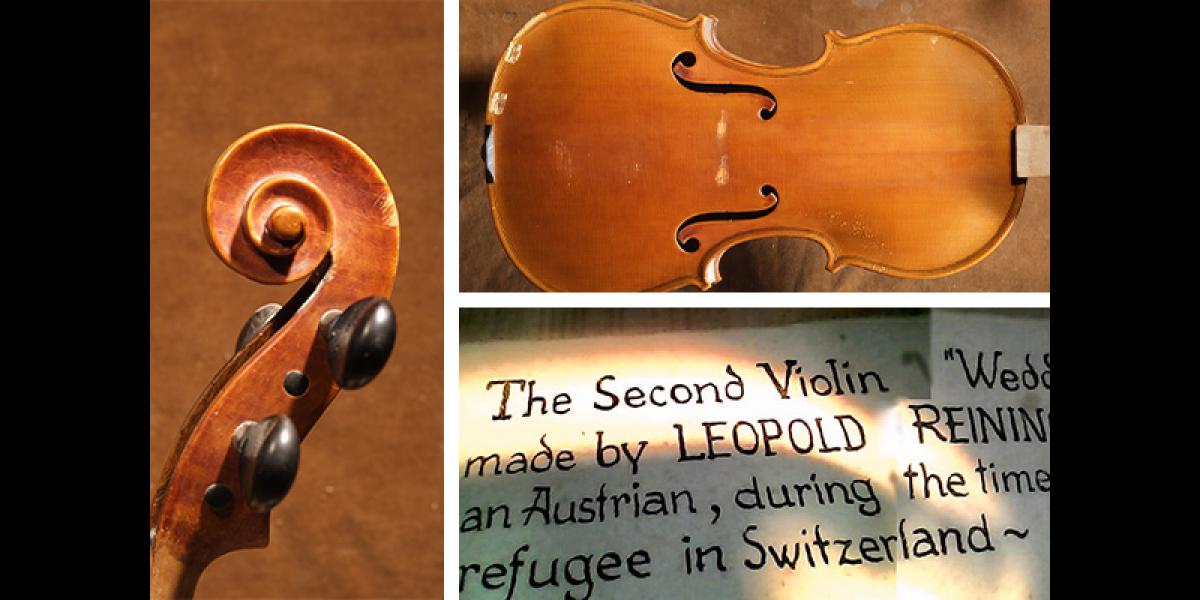 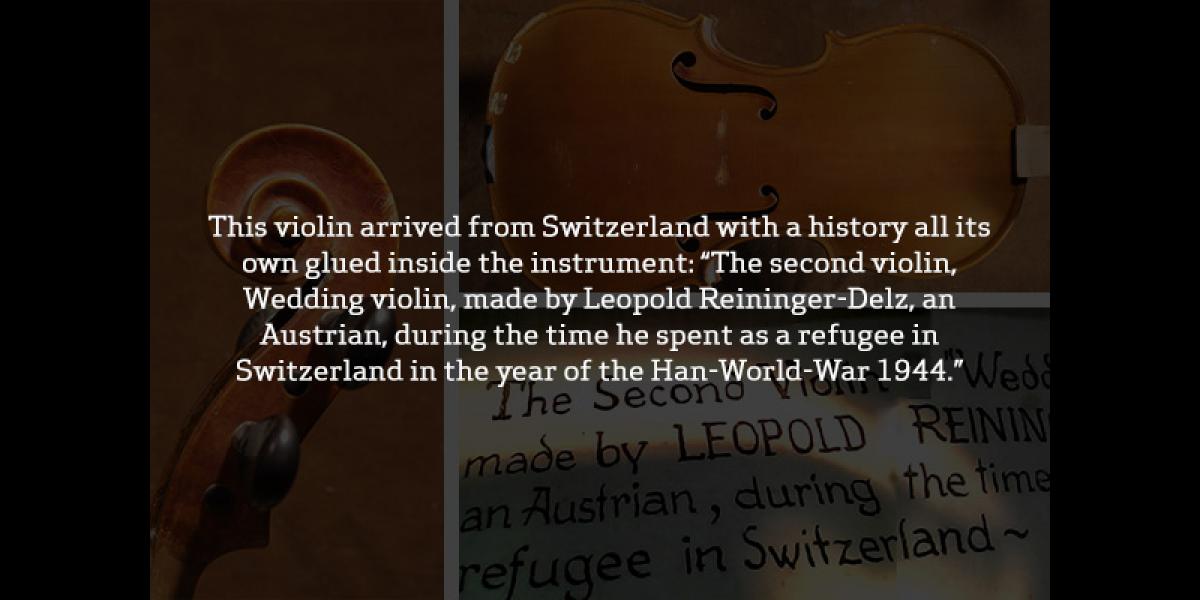 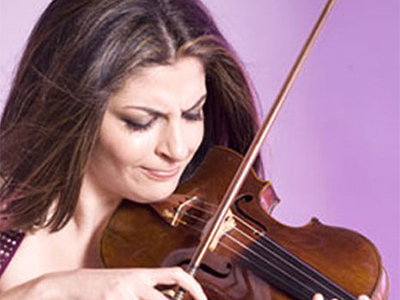 Violins of Hope Los Angeles County will open on March 22 with the Los Angeles Jewish Symphony and captivating violinist Lindsay Deutsch. Deutsch will be playing one of the finest of the rescued violins, performing Schindler’s List Suite, Ernest Bloch’s Baal Shem Suite, and Suite for Klezmer Band and Orchestra by Sid Robinovitch. 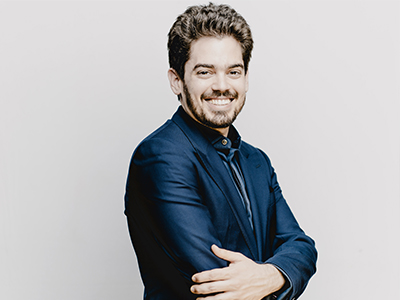 The Soraya will feature Tel Aviv native Lahav Shani and the Rotterdam Philharmonic on March 25, with soloist Nelson Freire. Shani acquired prominence among the world's conductors when he was chosen to succeed Zubin Mehta as Music Director of the Israel Philharmonic Orchestra. 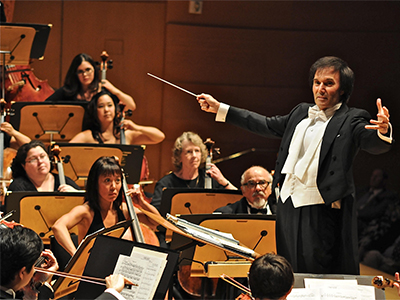 Maestro Greene will lead his LA Lawyers Philharmonic in a musical program of reverence and respect for those who performed on these Violins of Hope and their audiences who heard the sounds emanating from them in the concentration camps of Europe during the 1930s and 40s. The music will bridge the works of Mozart, Mendelssohn and Verdi that were performed in the camps to works by composers in exile who escaped the ravaging ordeal to later works of remembrance by John Williams (Theme from Schindler’s List), Ernest Gold (Exodus) and Jerry Bock (Fiddler on the Roof). 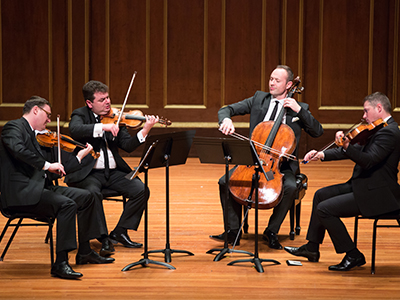 The Jerusalem Quartet will close The Soraya's leg of the series on April 5 with works by Haydn, Shostakovich, and Brahms. The group debuted in 1996 and has since carried on the string quartet tradition with their award-winning performances and recordings. 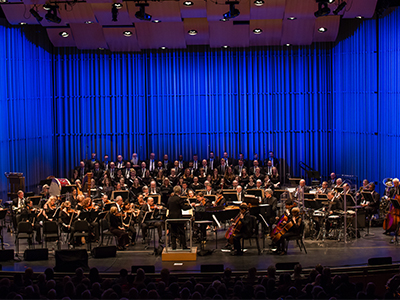 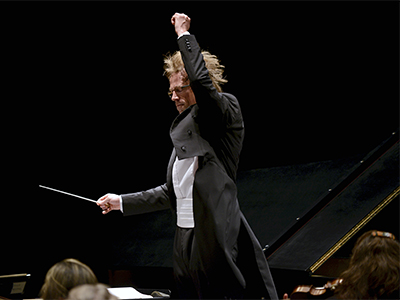 The Long Beach Symphony will perform ‘Hatikvah” from Munich (Williams), “Theme from Schindlers List” (Williams), “Symphony No. 1, 2nd Mvmt, Psalm” (Ben-Haim), and “Requiem” (Verdi).Violins of Hope Los Angeles County will conclude on April 26 with a Chamber Music Concert featuring the Long Beach Symphony musicians playing violins, the viola, and cello from the Violins of Hope collection. 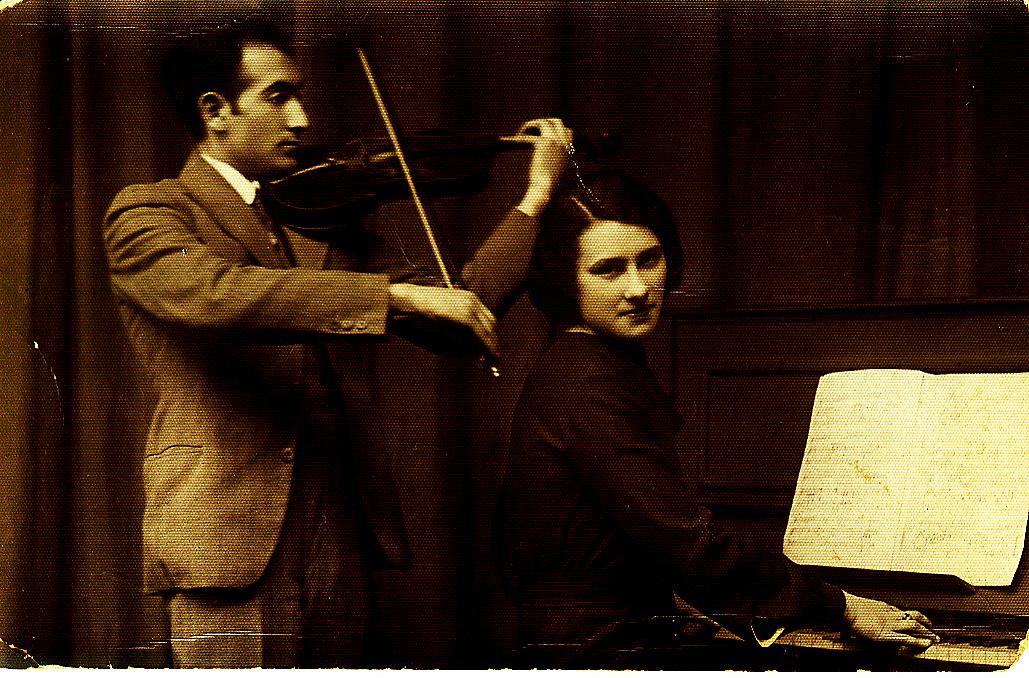 81 years ago, Moshe Weinstein and his wife, Golda, moved to Tel Aviv and opened a violin shop. They had both graduated from the Vilna conservatory, Moshe as a violinist and Golda as a pianist, and followed the large Jewish emigration from Europe to Palestine.

In postwar Europe, survivors of the Holocaust — remnants of the continent’s once rich and thriving Jewish communities — poured out of liberated concentration camps, work camps, and displaced-persons camps. Some made their way to British Mandate Palestine and what would soon become the new, modern Jewish State of Israel. Many made their way to our shores in the United States, Canada, and Latin America. Countless more remained locked behind the Iron Curtain as the Cold War settled across the globe.

Amid the human destruction and displacement, the treasures of the Jewish people also were displaced. The sacred — Torah scrolls, prayer shawls, and other ritual items — but in even greater numbers, the artistic and musical treasures sacred to Jewish culture throughout Europe. The Nazis burned, smashed, looted, and confiscated the possessions of millions. But some precious pieces remained. Many musical instruments survived when their owners did not. Many more were lost or abandoned as their owners escaped the war. And when the Allies liberated Europe in 1945, hope remained. For Moshe and Golda’s son, Amnon Weinstein, that hope manifested in the thin wooden bodies of violins, violas, and cellos rescued from the Holocaust.

Amnon and his son, Avshalom, created Violins of Hope to celebrate the triumph of the human spirit. Using their private collection of over 60 violins, violas, and cellos all restored since the end of World War II, the Weinsteins continue to tell the story of the instruments’ previous owners, each with their own personal stories from the Holocaust.

AMNON WEINSTEIN, Israeli Master Violinmaker leads the team promoting concerts and educational projects concerning The Violins around the world. He studied in Cremona, Italy, with Pietro Sgarabotto, Giuseppe Ornati, and Ferdinando Garimberti. He also studied in Paris with Etienne Vatelot. He won a gold medal and a certificate of excellence for violin-sound at Salt Lake City in 1982. He received the Medal of the Order of Merit of the Federal Republic of Germany, handed to him by Foreign Minister Frank-Walter Steinmeier at the Jewish Museum in Berlin, Dec. 14th 2016. He also received numerous honors from Germany, Italy, France and is a member of the Violin Society of America. He served as a judge in the violin-makers competition in Salt Lake City in 1998.

AVSHALOM WEINSTEIN, a third-generation Israeli violin maker, was trained by his father, Amnon, and began working in their Tel Aviv studio in 1998 as a violin-maker and restorer of violins, violas, and cellos. He is trained in the tradition of the Italian Cremonese School of violin-makers and the French school of restoration. Avshalom also joins his father at the Keshet Eilon Violin and Bow-making atelier at Keshet Eilon Master Class for young violinists each summer since 1998. Avshalom has also been training with Master Bow-maker Daniel Schmidt from Dresden in bow repairs since 2009. Avshalom opened his own workshop in Istanbul in 2009.

Music has the power to heal…to transcend pain and anguish…and to bring hope. Even through humanity's darkest chapters — music persists.

The mission of Violins of Hope is to educate audiences about the Holocaust through music and culture using a collection of violins, violas, and cellos rescued from the Holocaust and restored by Israeli luthiers Amnon Weinstein and his son Avshalom.

Included is a violin played in the Auschwitz orchestra as well as one used on the Kindertransport. Some were played by Jewish inmates in Nazi concentration camps; others belonged to the Klezmer musical culture, which was all but destroyed by the Nazis. These instruments were silenced by World War II.

After painstaking restoration, however, they have new life and sound, giving voice to a generation lost in the Holocaust. It restores hope, the strength of the human spirit, and the power of music. It is a proof of the victory of life over death and the victory of memory over oblivion.

Marking the 75th anniversary of the liberation of Auschwitz-Birkenau concentration camps and to honor the six million Jewish victims of the Holocaust and millions of other victims of the Nazis, Violins of Hope will come to Los Angeles in March and April 2020. In addition to concerts featuring the instruments, selected violins from the collection will be exhibited at the Los Angeles Museum of the Holocaust. The exhibition will showcase instruments with their individual stories.

Violins of Hope is not only a memorial to the lost culture and people, it is an educational project that reaches students and adults, people of all faiths and backgrounds. Visitors will attend narrated concerts telling the history of some of the instruments – such as the violin which was thrown out of a cattle car on the way from France to Auschwitz; the violin that was buried under the snow in Holland; the violins that saved the lives of people who played in camp orchestras and others who survived to tell the story. So many stories, so much history. These instruments are a symbol of hope.

In 2015, following the publication by Harper Collins of The Violins of Hope by author Jay Grymes and a critically acclaimed PBS documentary narrated by Adrian Brody; academic, music, cultural, and media partners came together in Cleveland, Ohio. More than 70 programs including an exhibition and countless lectures and school visits impacted tens of thousands and cast a national spotlight on the project.

Violins of Hope underscores the importance of standing up against bigotry and hatred while demonstrating the transformative power of music to bring awareness and knowledge to the public, helping to spread the message. I am grateful to my co-chair, Geri Morguelan, for bringing this very meaningful project to me and for all her support. We hope you will join this meaningful journey as these instruments promote a message of hope and endurance through music and have a history that must be told.  We need your commitment to ensure that the voiceless do indeed have a voice and that we must “Never Forget.” 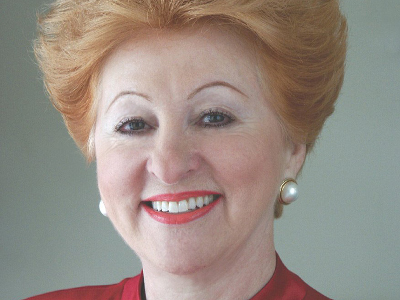 Susanne Reyto, Chair of Violins of Hope, Los Angeles County, was born just six days before the Nazi occupation of Hungary in March of 1944. Her childhood experiences and her difficult escape from Communist Hungary in the late 1950’s has left her with an unwavering spirit of optimism and perseverance. Her memoir, “Pursuit of Freedom,” recounts the story of her early life, and the stories of the turbulent era. 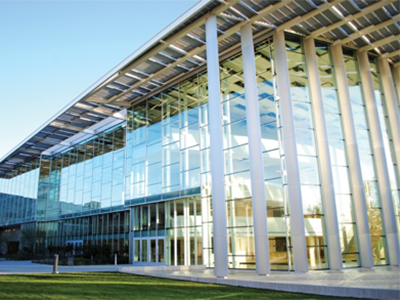 Located on the campus of California State University, Northridge (CSUN), The Soraya serves the CSUN community, the 1.9 million residents of the San Fernando Valley, and the broader regional market in Los Angeles. 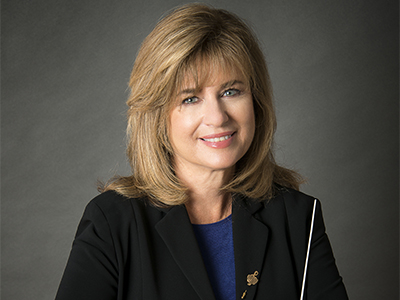 Founded by Dr. Noreen Green in 1994, the Los Angeles Jewish Symphony (LAJS) is dedicated to the performance and preservation of orchestral works of distinction that explore Jewish culture, heritage, and experience. 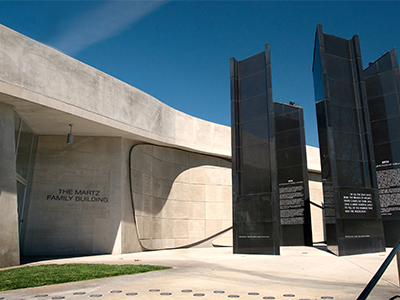 Los Angeles Museum of the Holocaust

Los Angeles Museum of the Holocaust will host select violins during Violins of Hope, including some that are not in playable condition, inviting students and the public to interact with these artifacts and learn from their history. 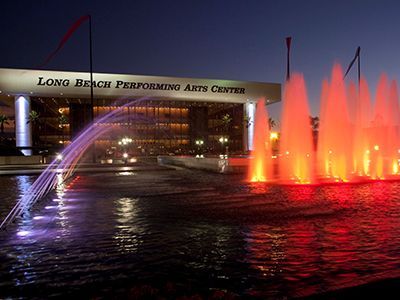 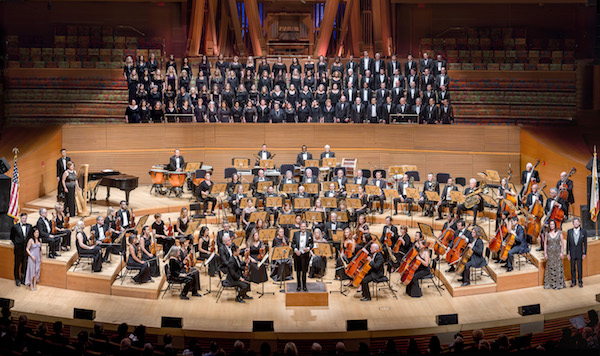 Founded in 2009 by its conductor, Gary S. Greene, Esq., the Los Angeles Lawyers Philharmonic is composed of lawyers, judges, law students, and legal staff, and performs concerts to raise funds for those who cannot afford legal services and for other charitable causes. 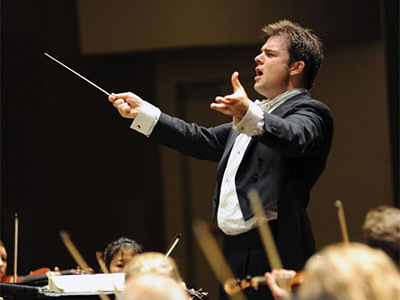 Celebrating its 25th season, the New West Symphony is a professional orchestra with artistic direction led by Maestro Michael Christie, appointed as music director in December, 2018.

San Francisco Classical Voice
At 80 years old, Amnon Weinstein, a second-generation luthier — a builder of stringed instruments — is still plying his trade. He and his son, Avshalom or Avshi, have been collecting and restoring violins played by Jewish musicians during the Holocaust. While many of the instruments’ owners perished in one of the worst periods in human history, the music — and the stories these instruments tell — live on in Violins of Hope, a traveling project dedicated to the Weinsteins’ collection of more than 80 restored violins originally owned and played by European Jews in ghettos and Nazi death camps.

Los Angeles Times
For more than 20 years, Tel Aviv violin maker Amnon Weinstein and his son Avshalom have collected and restored instruments played by Jewish musicians during the Holocaust — instruments often lost or abandoned as their owners attempted to escape the atrocities of World War II. The instruments lived on as their owners perished.

Beverly Hills Courier
Four symphonic orchestras, a major heritage museum and one of Los Angeles’ leading performing arts centers will join forces in 2020 for an ambitious collaborative initiative that will bring to life the sounds of music once lost.