Your Support helps build an inclusive arts destination where innovation flourishes and creativity thrives. Front and center at The Soraya is our commitment to artistic excellence, alongside our commitment to students. Here are some indelible moments when those two worlds intersected in 2018: 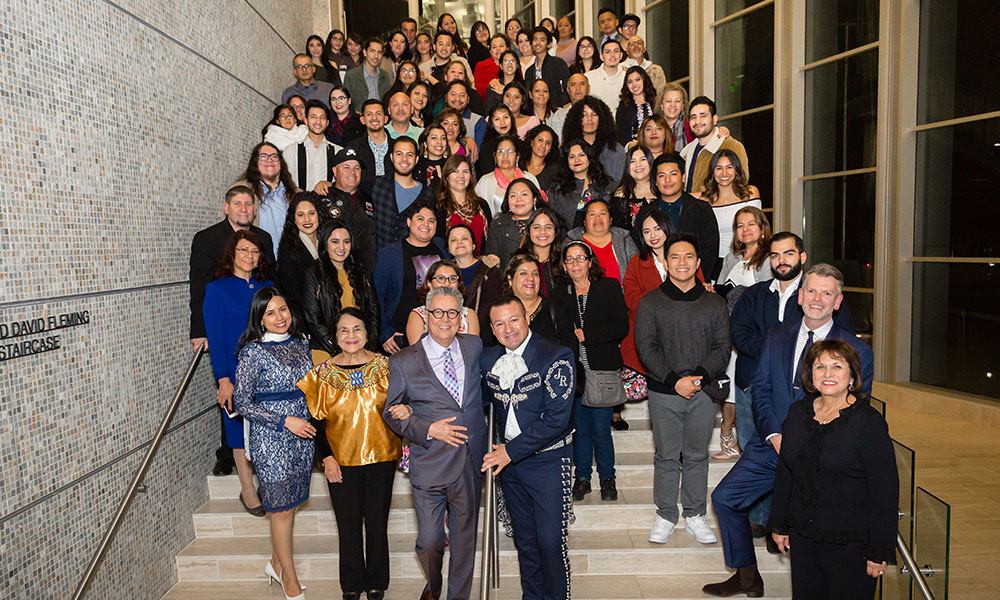 150 CSUN Dreamer students and families chanting “Sí Se Puede” (“Yes you can”) from The Soraya’s grand staircase following the performance of Cruzar la Cara de la Luna. The mariachi opera’s cross-border themes and characters were a direct reflection of many students’ journeys, but earlier that day, the students were hesitant to come to the performance, frightened by anti-immigration rhetoric in the national media. Thanks to the unwavering support of CSUN President Dianne F. Harrison, the Dreamers were persuaded and showed up to the performance in force. For their courage, they were rewarded by some time with activist Dolores Huerta, as well as the opera’s artists. The Los Angeles Times, and the 10 o’clock nightly news networks were there to cover the inspiring moment. 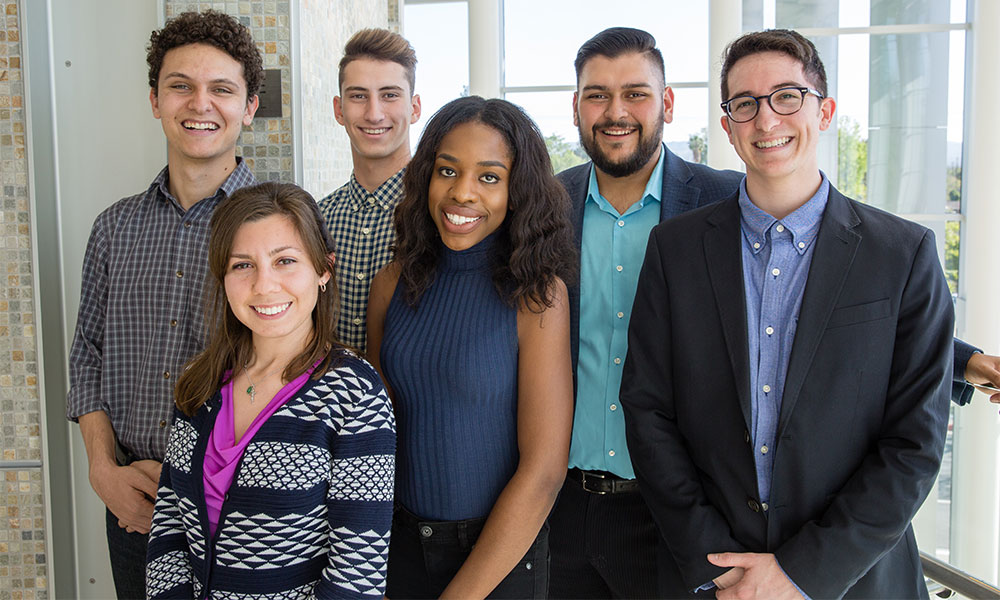 A long-time CSUN student employee realizing a lifetime dream by landing a job offer from Tesla just moments before graduation. The Soraya employs nearly 100 students every year. They receive top-notch training in customer service, among other skills. About a dozen students also qualify for scholarships that cover their tuition. All of these students work side by side with our professional full-time staff, and we love hearing their stories while in school and as they transition into their lives afterwards. 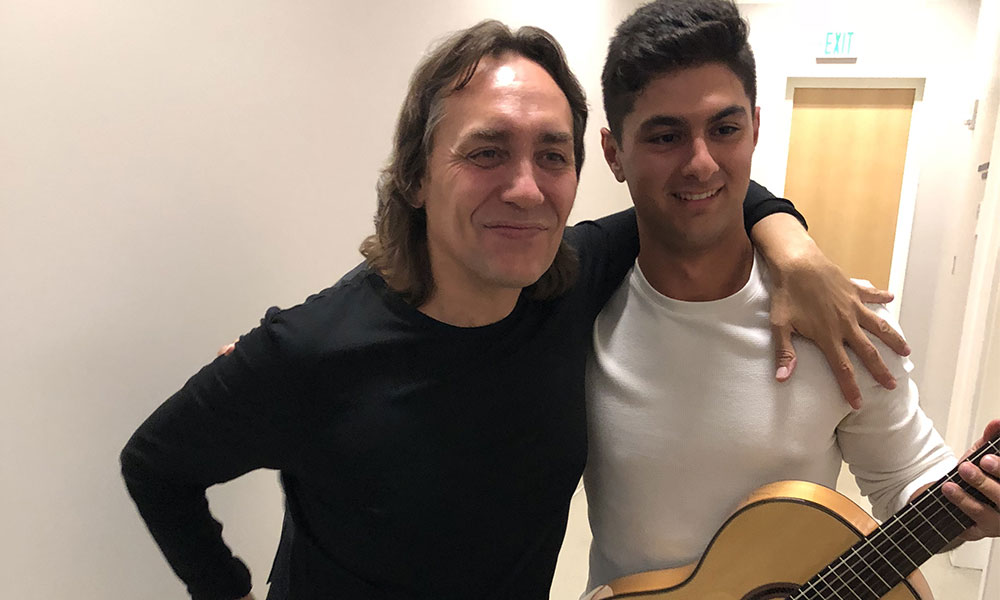 The CSUN music student overcome with emotion, shaking as he held his personal guitar for flamenco great Vicente Amigo to sign after Amigo’s concert. The student had been seen hanging out in The Soraya’s courtyard all day, even trying to slip into the theater on a couple of occasions. Eventually, when a staffer from The Soraya questioned him, he spilled the beans — he had skipped classes hoping for a glimpse of his icon, who is often called “the greatest guitarist alive.” The Soraya staff helped out, taking him backstage after the concert and introducing him to Vicente Amigo. 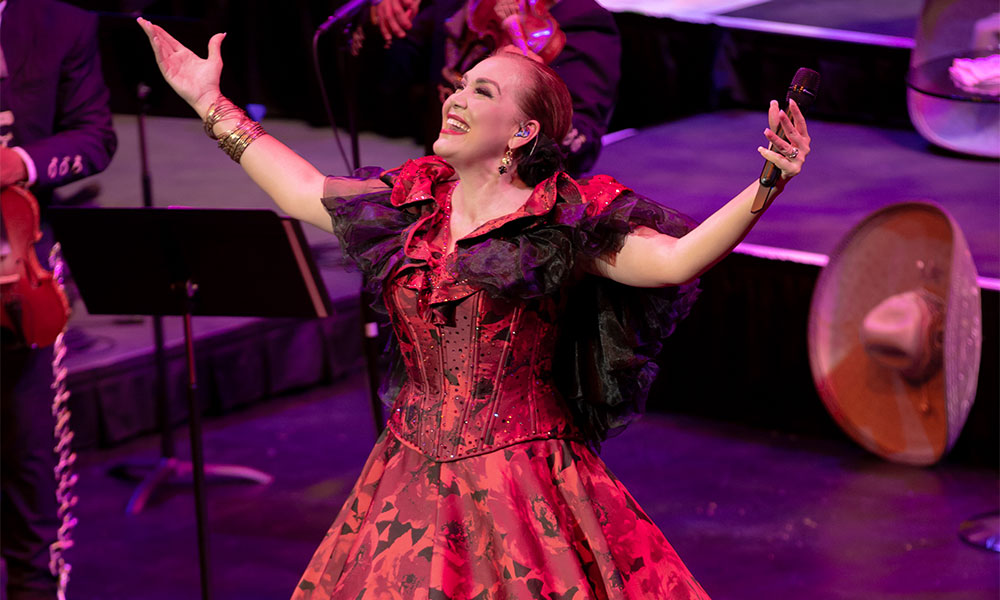 The students of the CSUN Symphony sharing some up-close moments onstage with singer Aida Cuevas at rehearsals for our Opening Night concert. With an imminent North American tour, Aida Cuevas and her team had a full plate, and more so to arrive in Northridge early to rehearse with the students. The specially ordered musical arrangements had arrived from Mexico City only a few days earlier, so when everyone converged onstage to rehearse it was tense — but not for long. The rehearsals turned into a “love fest” with the students performing for the superstar, and her returning the favor, giving them a private concert. 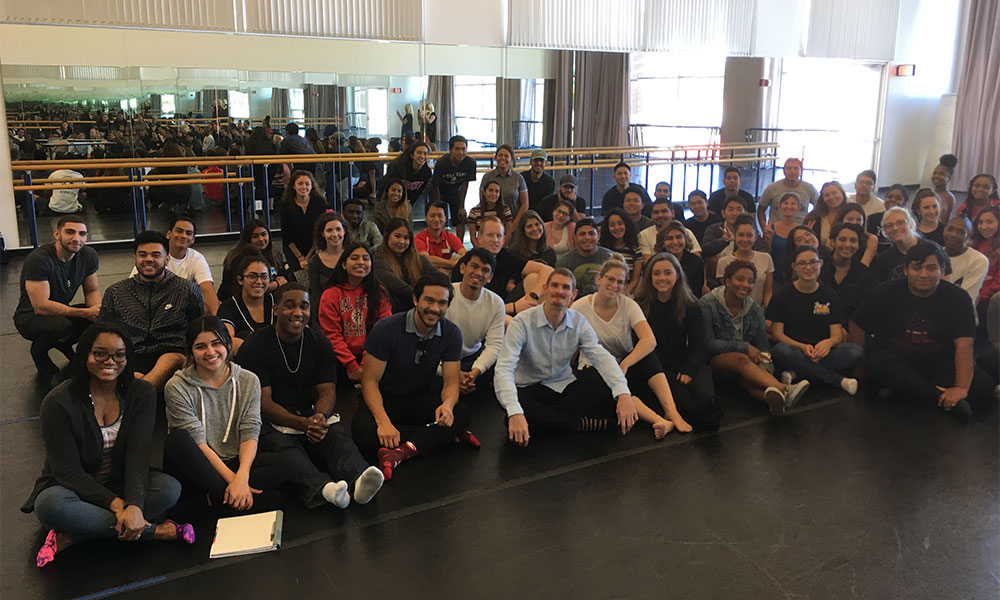 The students of the CSUN Brown Center for Adapted Physical Activity glued to every word from Dan Daw, a dancer with cerebral palsy who became one of the UK’s most esteemed performers. Dan was in residence at The Soraya rehearsing for a future show with Valley-based Theater Movement Bizarre. He met with students from multiple programs including the center on disabilities, as well as CSUN’s theatre and dance departments. 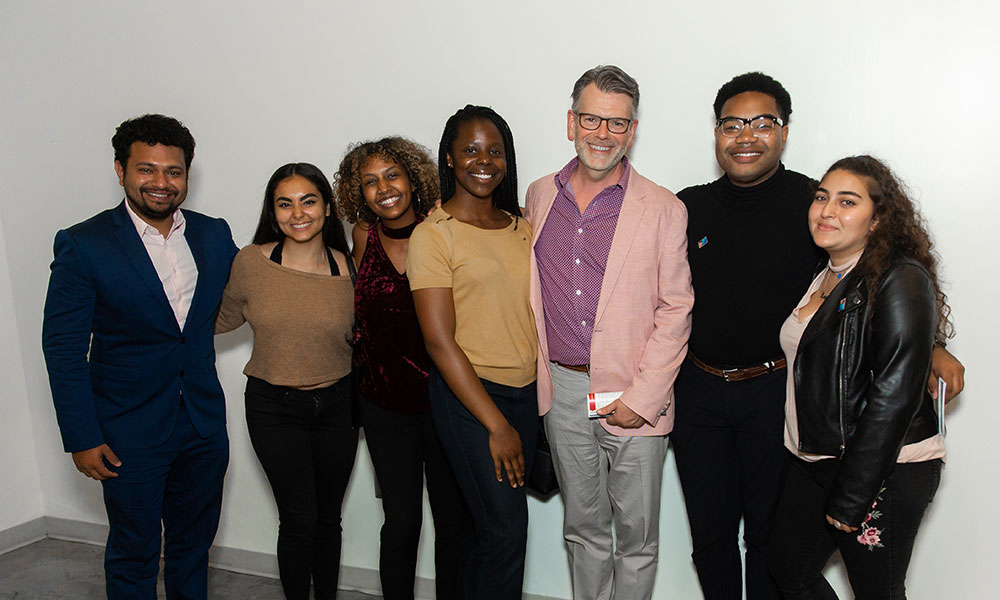 The CSUN Associated Students president and CSUN student senators “rockin’ out” to the Soweto Gospel Choir, followed by a photo session backstage with the artists who had traveled halfway around the world from South Africa. AS President Beverly Ntagu whispered in Soraya Executive Director Thor Steingraber’s ear backstage that only this incredible music and the Nelson Mandela tribute could help her turn the page from a difficult week to face a new one.

Please contact The Soraya’s Development Office at 818.677.8849 for more information on how your gift creates an impact and learn more about annual donor benefits or visit TheSoraya.org/Support.

Mail this form to: