Fandango at the Wall: Conversation with the Artists
& Access to Screen the Documentary

Fandango at the Wall: Conversation with the Artists
& Access to Screen the Documentary

Fandango at the Wall follows Arturo O’Farrill, Afro-Latin Jazz Orchestra founder, and Kabir Sehgal, bestselling author, and Grammy-winning music producer, as they prepare to record a live album at the U.S.-Mexico border wall. Members of The Soraya gain access to screen the film and are invited to join O’Farrill, the filmmakers, and special guests in an event produced exclusively for The Soraya, as they share stories about the trans-national project and film, reminding us of music’s powerful ability to bridge cultural barriers.

Click the images for more information about the artists. 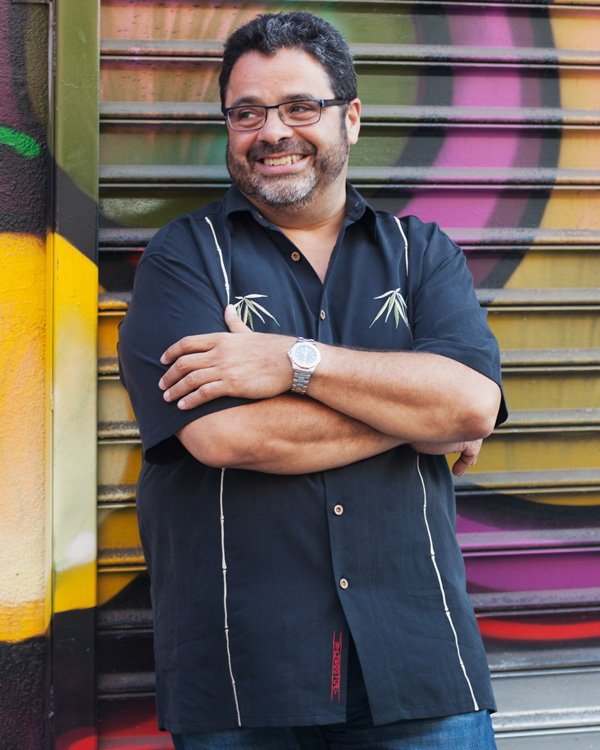 Pianist, composer, educator, and founder and Artistic Director of the nonprofit Afro Latin Jazz Alliance, O'Farrill was born in Mexico and grew up in New York City. His debut album with the Afro Latin Jazz Orchestra, Una Noche Inolvidable, earned a first Grammy Award nomination in 2006. His next album, Song for Chico, earned a Grammy Award for Best Latin Jazz Album in 2009. The 2015 release of The Offense of the Drum was yet another Grammy Award-winner.

Arturo was, in addition, the winner of the Latin Jazz USA Outstanding Achievement Award and a Cubadisco Award for "The Offense of the Drum" in 2015. His acclaimed album Cuba: The Conversation Continues (on the Motema label) took the 2016 Grammy Award for Best Latin Album. His "Three Revolutions" from the album Familia – a Tribute to Chico and Bebo was the 2018 Grammy Award-winner for Best Instrumental Composition.

Arturo received his formal musical education at the Manhattan School of Music, Brooklyn College Conservatory, and the Aaron Copland School of Music at Queens College. As his professional career expanded, Arturo was the pianist with the Carla Bley Big Band from 1979 through 1983. He then developed as a solo performer with a broad spectrum of artists including Dizzy Gillespie, Steve Turre, Freddy Cole, The Fort Apache Band, Lester Bowie, Wynton Marsalis, and Harry Belafonte.

In 1995, Arturo agreed to direct the band that preserved much of his father's music, the Chico O'Farrill Afro Cuban Jazz Orchestra. In December 2010, Arturo traveled with the original Chico O'Farrill Afro Cuban Jazz Orchestra to Cuba, returning his father's musicians to his homeland for headlining performances at the 26th edition of the Havana International Jazz Festival. Currently, Arturo's Afro Latin Jazz Orchestra continues the tradition every Sunday night at Birdland in New York City, which has for decades been one of the most famous jazz clubs in the U.S. Arturo now performs throughout the world as a Solo Artist and also with his Orchestra, as well as smaller ensembles.

As an educator, Arturo has taught master classes, seminars, and workshops throughout the world for students and teachers of all levels. From 2007-2008 he was Assistant Professor of Jazz at The University of Massachusetts in Amherst, and from 2008-2010 he served as Assistant Professor at SUNY Purchase. He is currently the Director of Jazz Studies at CUNY's Brooklyn College.

Over the past several years, Arturo has toured the U.S., Latin America, Europe, and Asia. During this period, he founded the Afro Latin Jazz Alliance as a not-for-profit organization dedicated to the performance, education, and preservation of Afro Latin music.

Arturo has performed at the Kennedy Center for the Performing Arts, Boston Symphony Hall, the Newport Jazz Festival, the Joyce Theater (with Ballet Hispanico), Megaron Concert Hall (Athens, Greece), Kannai Hall (Yokohama, Japan), the Tauchung Jazz Festival (Taichung, Taiwan) and at New York's Symphony Space, where he and his Afro Latin Jazz Orchestra have been in residence since 2007.

A recognized composer, Arturo has received commissions from Meet the Composer, Jazz at Lincoln Center, The Philadelphia Music Project, Symphony Space, The Bronx Museum of the Arts, the New York State Council on the Arts, and the famous Apollo Theater. He has also composed music for films, including Hollywoodland and Salud. 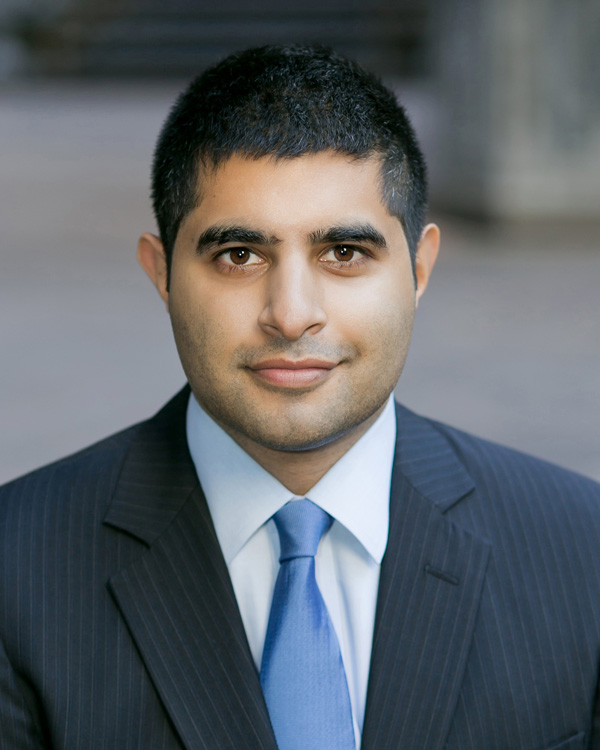 Kabir Sehgal is the Founder & CEO of Tiger Turn Productions. Previously, he worked in corporate strategy at First Data Corporation, a global payments technology firm, which completed the largest IPO on the New York Stock Exchange in 2015. He was also a vice president in emerging market equities at J.P. Morgan and traveled to over twenty-five developing countries to generate investment advice for institutional investors. He helped place the Alibaba IPO, the largest in history. He began his career by founding an online educational network.

He is The New York Times and Wall Street Journal bestselling author of fifteen books including six non-fiction books, Coined, Jazzocracy, Fandango at the Wall, and Walk in My Shoes (with Andrew Young) just to name a few. A Bucket of Blessings was adapted into a stage production at the Alliance Theatre. Fandango at the Wall was nominated for an Audie Award for Best Original Work. His writing has appeared in The New York Times, Fortune, Foreign Policy, Harvard Business Review, Newsweek, MarketWatch, and CNBC, Inc. and more.

Sehgal has won five Grammy and three Latin Grammy Awards as a producer. Some of his recognized productions include American Dreamers by John Daversa Big Band featuring DACA Artists; Presidential Suite by Ted Nash; and Cuba: The Conversation Continues by Arturo O’Farrill. Sehgal has released three albums as an artist with Deepak Chopra & Paul Avgerinos: Home: Where Everyone Is Welcome, Meditations on the Seven Spiritual Laws of Success, and Spiritual Warrior. He is also a jazz bassist, composer, and librettist who wrote an opera on the European financial crisis. He co-founded an arts non-profit organization that merged with the Afro Latin Jazz Alliance. During the 2020 pandemic, he hosted the nightly Quarantine Concert Series featuring musicians in 100 concerts over 77 consecutive days.

Sehgal is the executive producer, producer, and co-writer of Fandango at the Wall a feature documentary that explores immigration between the US and Mexico through son jarocho music from Veracruz. The film premiered on HBO. It was an official selection of the Atlanta Film Festival, Cleveland International Film Festival, Cinequest, among others.

Sehgal is a US Navy veteran and reserve officer who served on active duty with special operations in the Middle East, and he received the Defense Meritorious Service Medal. He served as a speechwriter on a presidential campaign and is a member of the Council on Foreign Relations. He was selected as a Young Global Leader by the World Economic Forum and the French-American Foundation. Sehgal is a graduate of Dartmouth College and the London School of Economics. He is an Atlanta Braves fan. 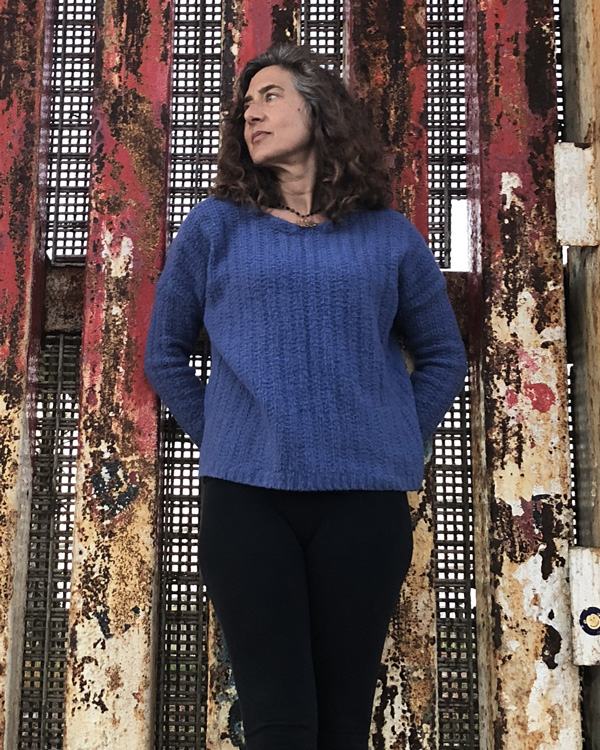 Award-winning director Varda Bar-Kar’s childhood spanned a myriad of countries gifting her with an eclectic embrace of humanity. Her work explores the human condition in unexpectedly uplifting ways. Her documentary Big Voice (Netflix, Hulu) captures the inspiring year-long rollercoaster journey of high school choir director Jeffe Huls and his most advanced ensemble. Varda recently completed Fandango at the Wall (HBO, HBO MAX) another feature music documentary that follows Afro Latin Jazz Orchestra founder Maestro Arturo O’Farrill to the United States-Mexico Border for a musical convergence with the masters of son jarocho that transforms the border wall from an object that divides to one that unites. 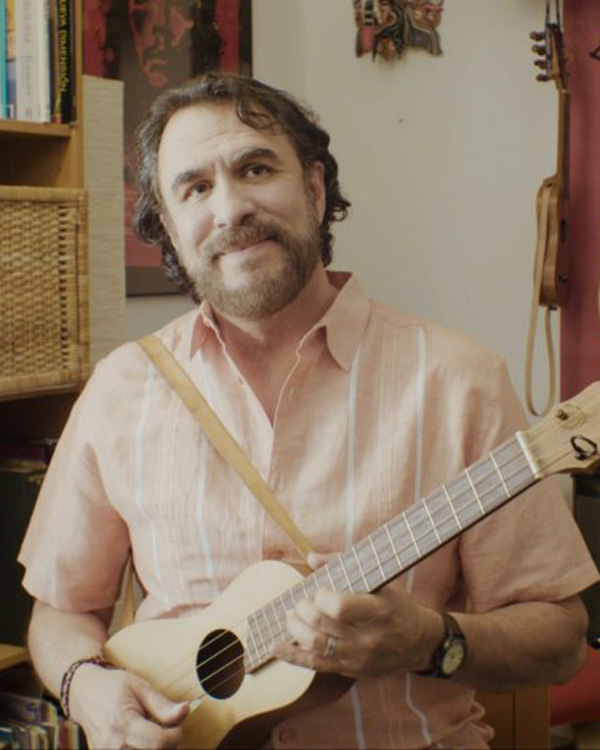 Born in 1959, Jorge Castillo grew up in the City of Juarez, Mexico. At an early age, he was inspired by his grandfather, Beto, a professional jazz and orchestral trumpet player. Jorge is a professional classical guitar player, having received his first training at home at age nine. He graduated from the University of Texas at El Paso. During his time at UTEP, Jorge worked at the music library, where he developed an interest in the librarianship career. Later, he became a professional librarian for more than 30 years, until 2017. During his time at the library, he remained involved in music, drawn to performing, whether with friends or family. In 2006, Jorge was introduced to the fandango culture, but it was not until the summer of 2007, after hearing the group Quemayama, from Veracruz, that he got a much better grip of its essence. This drove him to become the founder of the Fandango Fronterizo in 2008, held annually on the border of Tijuana and San Diego. 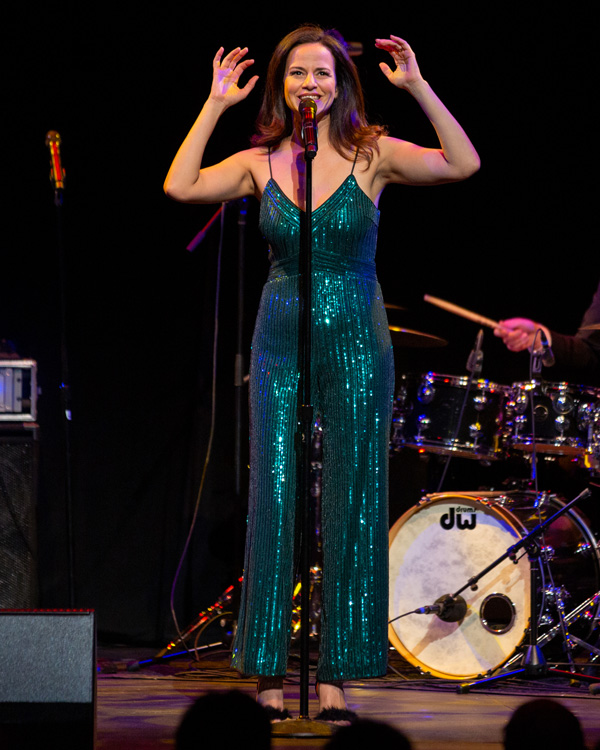 Mandy Gonzalez has thrilled audiences on Broadway, lit up the screen on television, and started a social movement. She is currently starring as Angelica Schuyler in the musical sensation Hamilton. She can also be seen as Lucy Knox on the CBS hit Madam Secretary.

Mandy is also known for originating the role of Nina Rosario in her brilliant performance in the Tony Award-winning In the Heights. She has also starred as Elphaba in the Broadway production of Wicked, blowing the roof off each night of New York’s Gershwin Theatre. Mandy is a Warner Music artist and recently released her debut album FEARLESS, which debuted at #13 on the iTunes pop charts. Mandy Gonzalez is also an author, recently publishing a widely cited article in the Harvard Business Review on how to overcome one’s fear of public speaking and be more confident in one’s communication and leadership.

A deeply held passion of hers, Mandy Gonzalez is the proud founder of #FearlessSquad – a social media movement for inclusiveness and belonging. The movement connects millions of people around the world to be their best selves and empower each other.