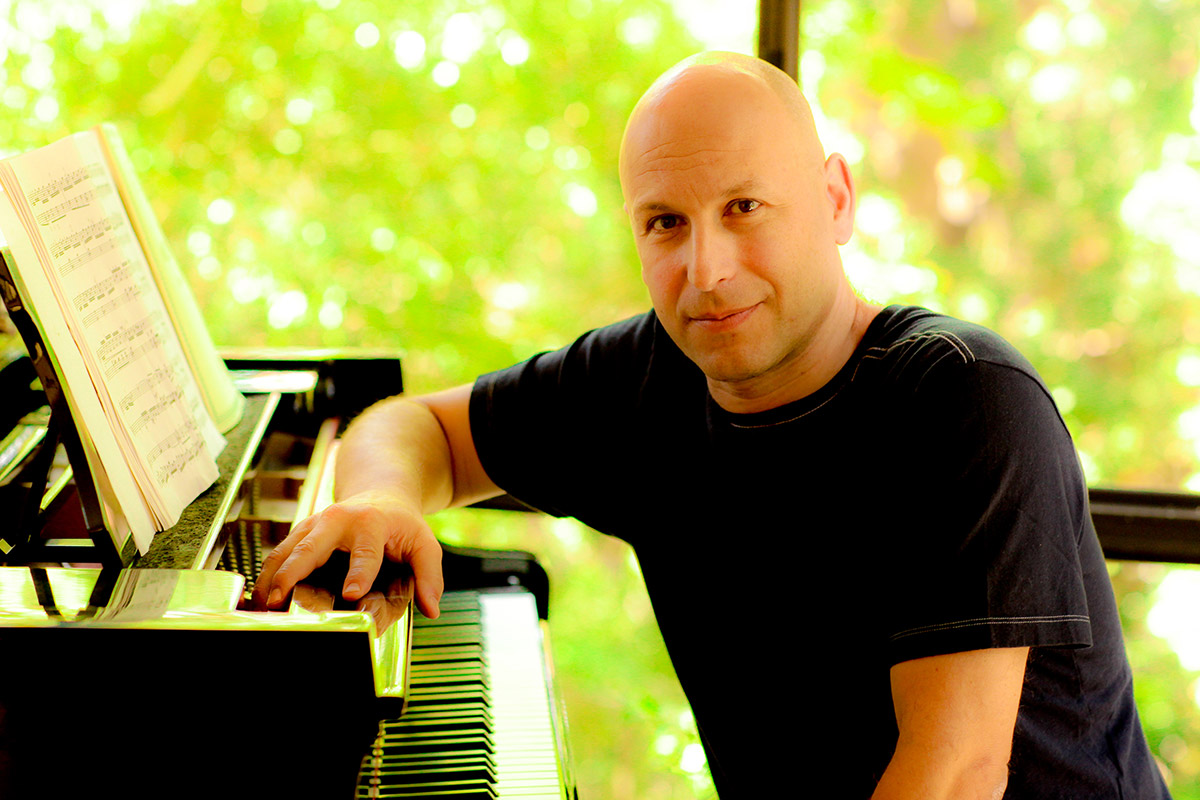 When The Grammys™ added a brand-new category earlier this year—‘Best Score Soundtrack for Video Games and Other Interactive Media’—it was in acknowledgment of musical excellence. But it also had to do with business. Big business. In 2022, video gaming is primed to attract over three billion players worldwide. And the users are not just kids. They are consumers with disposable income, this year churning revenues of $203 billion—twice the amount of movies and television combined. The colorful, stirring soundscape that injects atmosphere and emotion into a gamer’s visceral trip will be the spotlight of a surprising concert at The Soraya this Sunday evening, November 20.

The Los Angeles Jewish Symphony under the baton of Dr. Noreen Green, in its third Soraya outing, will perform several scores by Inon Zur, an accomplished EMMY award-winner and three-time BAFTA-nominated composer. The highlight of the full-evening tribute will be the world-premiere performance of Zur’s sumptuous score for Suite from Syberia: The World Before. Bringing vivification to the Syberia music, in more ways than one, will be an appearance by the youthful Grammy and Emmy award-winning Emily Bear, as piano soloist. In a wheel inside a wheel, Bear’s playing will not only generate sublime music; it will also reflect a character, Dana Roze, the hero of Syberia. Similar to Bear, Dana is a female pianist in her late teens. Dissimilar to Bear, Dana’s start as a concert artist is overshadowed by the fascist threat in Europe at the dawn of the Second World War. 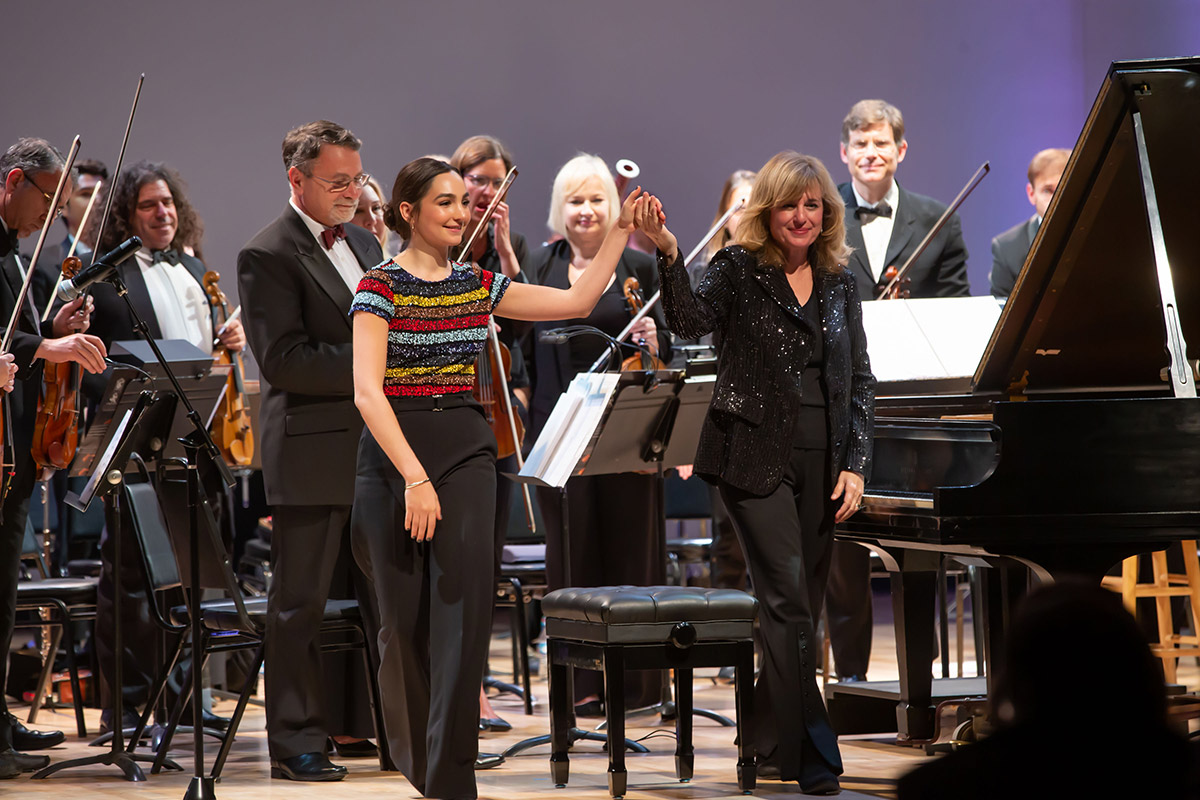 After graduating from the Music Academy of Tel Aviv, Zur continued his music education at UCLA before launching a prodigious composing career in film and television. Drawn by the creative freedoms of the gaming field, he made his transition. Now considered among the genre’s ‘A’-list composers, Zur will accompany his own music, Fallout Medley Suite, at piano. Other Zur works programmed by Noreen Green will be music from Dragon Age, The Elder Scrolls: Blades, and Starfield.

Those game titles are known to millions. Are they known to you? Up till now, The Soraya’s music-savvy Artistic and Executive Director Thor Steingraber was a newbie. “I am not a gamer,” he admitted in a recent phone chat. “The last game I played was PacMan,” he said with a laugh. In recent years, however, Steingraber said he has grown aware that certain video games have an avid following for their scores, in concerts that draw massive crowds of mostly young gamers. Said Steingraber, “Noreen Green brought this project to me, explaining that video-game music can be beautiful, and a possible gateway for young people into the concert hall.” That opened Steingraber’s mind to the world of interactive entertainment. “Noreen also told me about a terrific Israeli American composer [Zur] who lives in Encino and whose music is incredibly beautiful and somewhat narrative in style,” he said.

Pianist Emily Bear is another gaming newbie. “When I first learned about my character, Dana, it was hard to not picture myself in her shoes, with some of the obvious connections that we have,” she says, speaking in a YouTube video alongside Inon Zur. “While playing, it’s easy to get lost in her world. I think the biggest thing for me is telling the character’s story through music.”

Zur provided more background. “What Emily Bear will perform on Sunday depicts the romance between our hero, Dana, and her lover. There is a concert [in Syberia] because Dana, like Emily, is an aspiring concert pianist. It’s not really pronounced, but she is Jewish and needs to find ways to escape.” To illustrate that musically, says Zur, “I took a lot of influences from Chopin, Rachmaninoff, Debussy, and Stravinsky. Because the era in which Dana performs is influenced by romantic music at the end of the 19th and beginning of 20th.”

Zur’s rich sound (it streams here), in the creation process, hearkens age-old methodologies of classical music composition. “When a composer is writing music for film or television, it has to be blocked to a picture,” Zur explains. “It doesn’t have a traditional music structure, like, exposition-development-recapitulation. All that classical terminology.” An example is the movie chase scene. “You see the hero being chased by the bad guys, and the music is following them. But when you hear the music not in context, it sounds erratic, messy, and not well organized. In video games, since we are not writing for the picture (we are given blocks of times: one minute, three minutes, five minutes), it’s free music. It’s back to the old composing world, where you have ideas, you want to create mood, and you just write freely.”

Most people, Zur acknowledges, think of gaming as “You shoot someone … or you die.” Just taking Syberia as an example, “it is a much richer, much deeper, much more serious and complex world. Some games are psychological; some games require much concentration and energy to solve the puzzle.” In Zur’s mind, Syberia, is more along the lines of an “interactive movie.” Unlike some games in which the player jumps around, the plot of Syberia is linear. “It starts in one place and you are making your way with the character you are playing,” says Zur. “The story is laid out and you have a mission to accomplish.”

Having successfully staged many “stage-to-screen” live symphonic film scores at The Soraya, played in real time to movies (The Phantom of the Opera, Titanic, On the Waterfront, and coming next March, Aladdin), Steingraber believes that video-game music merits exploration. As for Sunday’s concert, he says, “My expectation is that I will discover a form of music that in its scale and function is operatic.” Soraya music mavens may not want to miss that train. Climb aboard!

Debra Levine is a journalist specialized in writing about the performing arts.