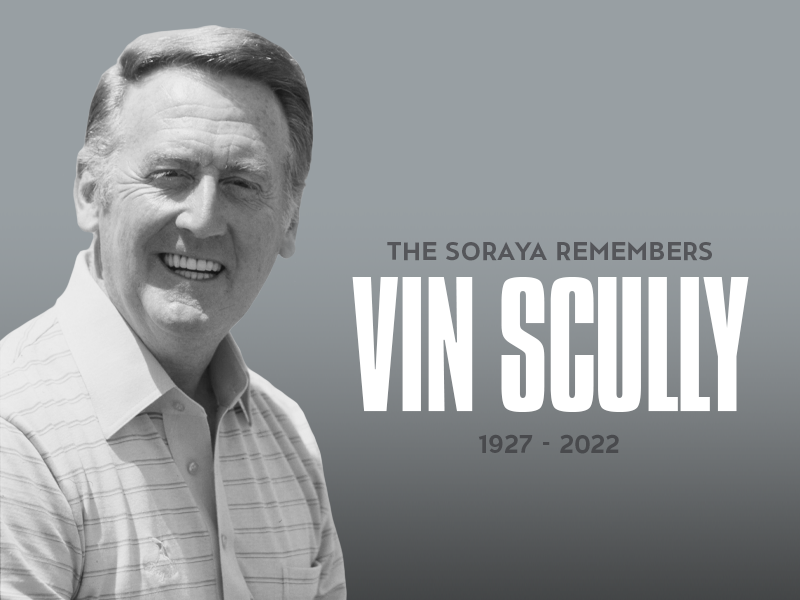 His voice was singularly recognizable, his spirit was universally admired, he resided in a far corner of the Valley and, perhaps lesser known, he was a big fan of music, especially classic Broadway musicals. He would be the perfect pre-show announcer at the Valley Performing Arts Center. But how to make it happen?Conductor and CSUN alumnus Richard Kaufman made the connection for us, and with the help of his crew at the stadium, Vin Scully became the voice of the venue, a very minor credit for this most decorated broadcaster, but a major win for us.For years since, audiences and artists have delighted in his warm welcome and closing pun: “another pitch perfect performance.” Sometimes it’s greeted with a hearty round of applause.  There are often whispers, I imagine from newcomers confirming with a patron nearby if, in fact, that was THE Vin Scully. Nearly every performance I am stopped in the lobby by someone who can’t help but share their utter delight as well as a declaration of esteem for the man who provided the soundtrack of summer for the entirety of their life.In 2017, when we changed our name in recognition of our new benefactors, the Nazarian family, we faced a momentary challenge. Would we abandon the recording? By this time, Mr. Scully had retired, but never one to disappoint, he agreed to re-record in The Soraya’s sound booth. He showed up promptly, wearing one of his signature sports coats and ready to work, serious about all the details including proper pronunciations.  He got it exactly right in a single take. Of course he did, but he cheerfully agreed to do a second take for good measure.Afterward, on our tour of The Soraya, he regaled me and Richard Kaufman with stories, especially his love of rushing to the opening nights on Broadway in the 1950’s, as long as the day games in Brooklyn didn’t go into extra innings. His generosity was only surpassed by his humble manner on that morning. Beyond even his vast knowledge and research, his command of words and his expressive way of using them, Mr. Scully was also famed for his comfort with long stretches of silence, allowing the cheers at Chavez Ravine to tell the story.  And now we owe him a long moment of silence, the poet of the play-by-play.

Press Play to listen to Vince Scully's curtain speech for The Soraya. 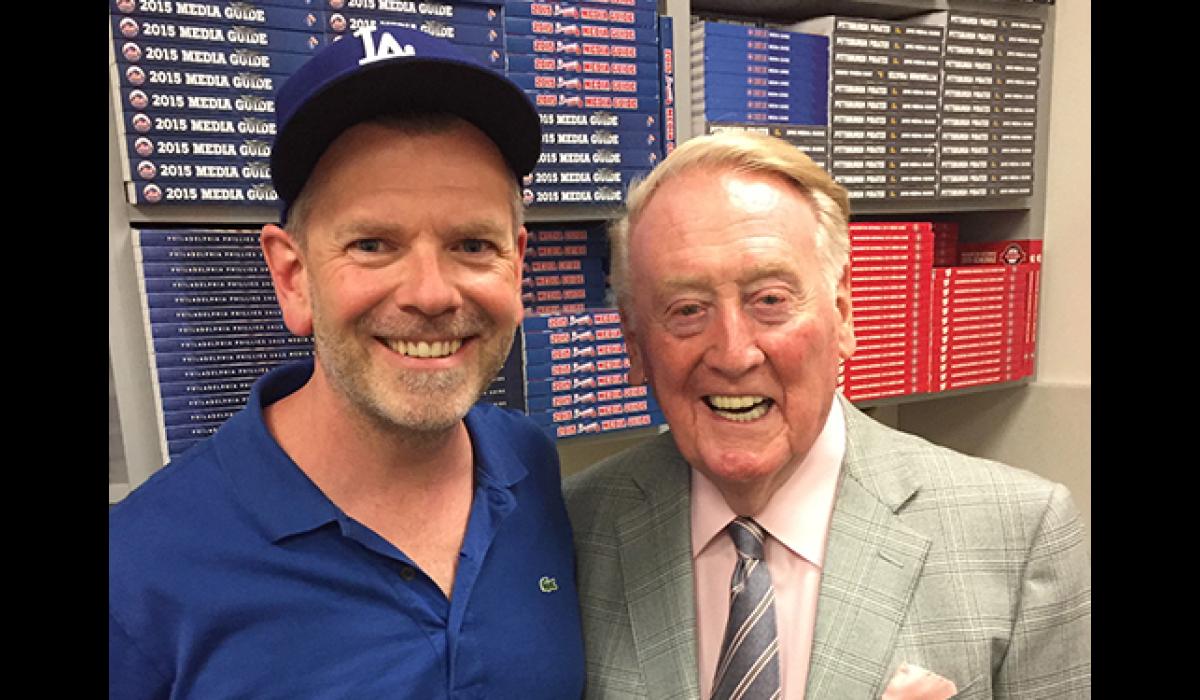 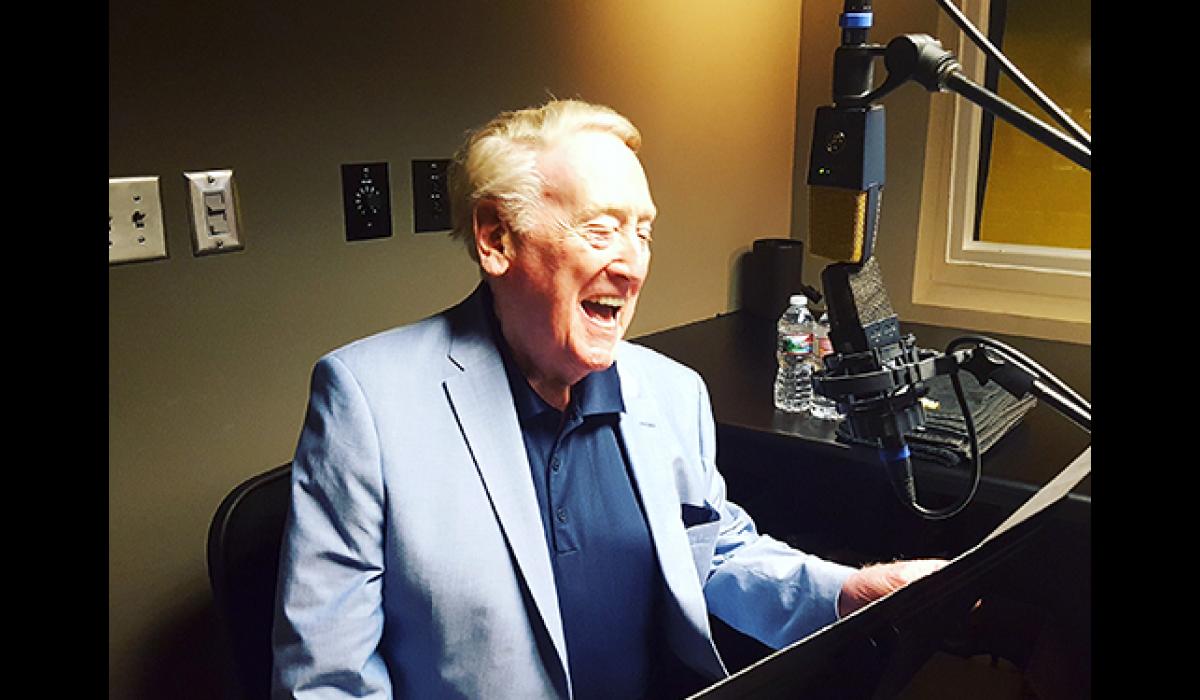 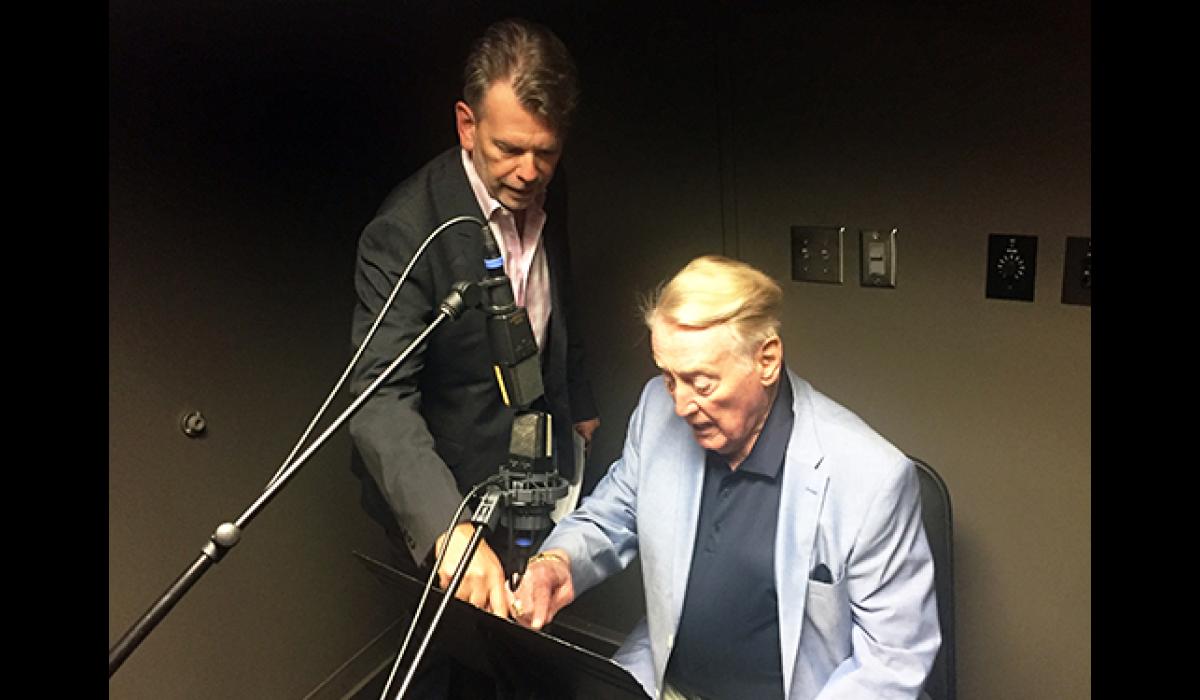