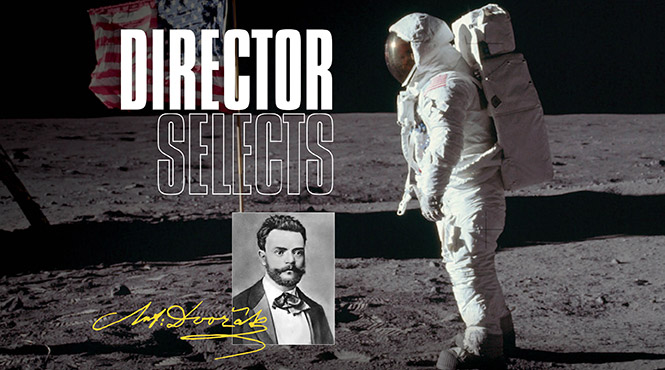 Fifty-three years ago this week, mankind landed on the moon (presuming you give no credence to the conspiracy theorists). I remember it - barely, but I do. In fact, it is my earliest memory. I was a wee toddler, and I think what stuck in my memory was the excitement that buzzed among all my older siblings and all the adults. We sat in the “rec room” with other families watching on a black-and-white console television.

Like all moments of history, there is a cultural background to go along. In this case, it is a recording of Dvořák's New World Symphony, which – legend has it --Neil Armstrong took along on the journey to the Moon. Not only is this stirring piece of music a great source of courage and inspiration, its theme of striking out to new frontiers would surely have been part of the reason for Armstrong’s musical curation of his historic journey.

We’re embarking on our own historic journey this season at The Soraya, by presenting the New World Symphony for the first time. Please join us by attending!

Use promo code MOON to save 15% off our classical performances this season including Filharmonie Brno’s February 15th performance of Dvořák's “New World” symphony. To access the promotion, click here.

*Only applies to new purchases, does not include The Israel Philharmonic Orchestra, only 4 tickets per order, applies to select seats only.

Event Details
posted in: Stories   tagged: At The Soraya