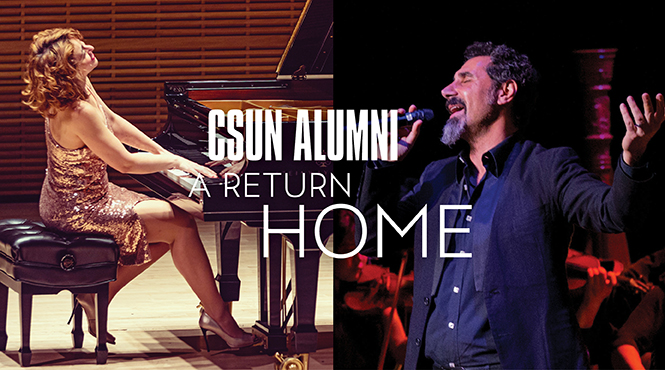 With students returning to CSUN campus, we thought we would highlight two notable and musically gifted CSUN alumni who are returning to their alma mater for a special performance on The Soraya Stage in Spring 2023.

Class of ‘03 | Award-winning Armenian-American pianist Kariné Poghosyan has been described as an “extraordinary” and “larger than life” musician, whose playing “goes to the heart of the music.” The renowned pianist, who at the age of fourteen made her orchestral debut playing Beethoven's Piano Concerto No. 1, happens to also be an alumna of California State University Northridge, or CSUN for short.

By the age of 23, Kariné Poghosyan had already made her solo Carnegie Hall debut and had gone on to win numerous awards including the CSUN Symphony Concerto Competition and the New West Symphony Discovery Artists Competition. She was also a top prizewinner in the Los Angeles International Liszt Piano Competition. Poghosyan mesmerizes audiences with her masterful command of her piano, playing venues around the world. 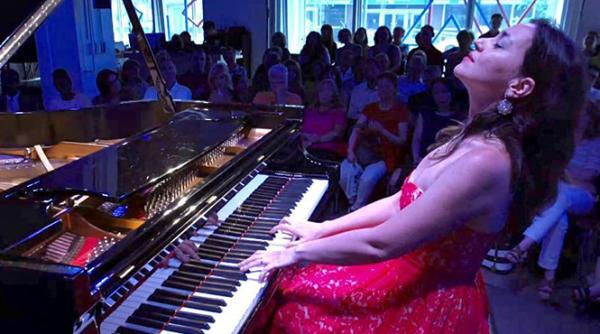 Following a sold-out performance at Carnegie Hall and signing a new record deal to record her next album of works, Kariné Poghosyan will return to her alma mater on March 8 for an intimate on-stage performance at The Soraya. The program rich with music from Armenia’s best-known composer, Aram Khachaturian, will include two excerpts from Khachaturian’s ballet works and his rarely performed Piano Sonata. The Soraya’s 150th birthday celebration of Sergei Rachmaninoff continues with the 1931 re-written version of his Piano Sonata No. 2 played with the audience seated just feet away from Poghosyan’s piano. Purchase your tickets here.

Class of ‘89 | With a vocal range over 4 octaves, Serj Tankian is considered one of the greatest vocalists in Metal music history!

Claim to fame: Lead vocalist, primary lyricist, and keyboardist for the GRAMMY Award-winning progressive metal band from Glendale, California – System of a Down.

You may not have known this, but the group’s lead vocalist, Serj Tankian, is a CSUN alumnus! When Tankian isn’t selling out arenas worldwide with System of a Down, he is at home in Los Angeles composing with his own flare for the big sound of an orchestra. 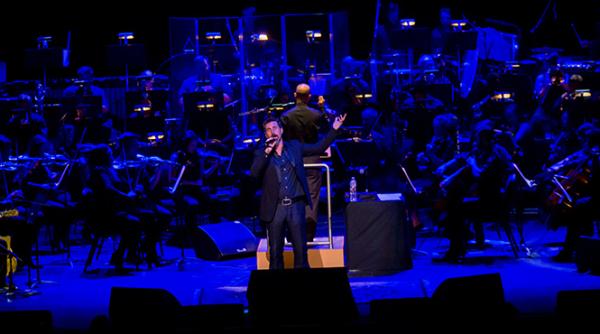 Serj Tankian performed with the CSUN Symphony at The Soraya in 2016. Photo credit: Luis Luque.

The songwriter, poet, painter, producer, and political activist returns to The Soraya on April 29 to perform vocals on his new suite of compositions called “Invocations”—music that calls on spirits to co-inspire or inter inspire.

Spanning over a decade of his career from different sources and backgrounds, this is music that plays on the deepest heart strings of the listener—at a tempo that sets the heart to rest and the spirit to wander.

Sonically, Tankian’s new work is symphonic, cinematic, and emotive and will bring the CSUN Symphony, ethnic instrumentalists, and a variety of vocalists together on stage. Purchase your tickets here.

Fun fact: Chop Suey! may sound like gibberish at first listen, but it is one of the most famous songs by System of a Down.