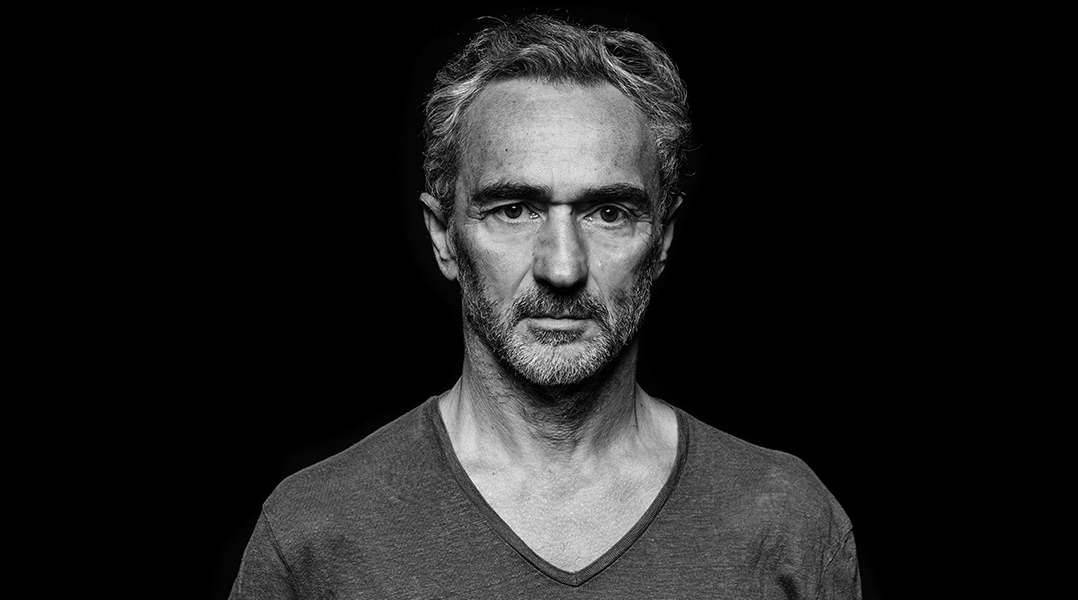 A Brief History of Ballet Preljocaj in Los Angeles

French-born of Albanian parents, choreographer Angelin Preljocaj, 62, is a consummate storyteller. One of Europe’s leading contemporary choreographers, Preljocaj (pronounced Prel-zho-cazh), has made some 50 works, including dances for, among others, the Paris Opera Ballet, Berlin Ballet and New York City Ballet. Having founded Ballet Preljocaj in 1984 – and based in Aix-en-Provence since 1996, the artist brings his 2016 “La Fresque” (“The Painting on the Wall”) to Los Angeles, where his diverse and often controversial repertory has frequently been presented on local stages since 1998.

Indeed, it was that year when audiences first fell under Preljocaj’s dance-theater spell with his startling “Romeo and Juliet” set in an Orwellian dystopia - his Juliet a daughter of a Ceaușescu-style dictator, his Romeo a homeless drifter.  Performed at UCLA’s Royce Hall, the production, which then Los Angeles Times dance critic Lewis Segal called a “valiant and often thrilling attempt to align past and present,” was followed a week later by a mixed bill seen at the Irvine Barclay Theatre.

Returning to Royce Hall in 2001, Ballet Preljocaj presented “Paysage Après La Bataille” (“Landscape After the Battle”), with Segal hailing it as “the most remarkable rock ballet ever choreographed.” Furthering his LA cred, Preljocaj choreographed the Julie Taymor-directed world premiere opera, “Grendel” for Los Angeles Opera in 2006. With music by Taymor’s partner Elliot Goldenthal – and based on John Gardner’s 1971 retelling of the “Beowulf” story – superstar dancer Desmond Richardson proved an astonishingly agile and captivating warrior.

For those seeking a more relatable musical connection, though, Preljocaj’s evening-length “Les 4 Saisons” (2005), set to the instantly recognizable sounds of Vivaldi, was presented at Royce Hall and at Long Beach’s Carpenter Performing Arts Center in 2009, departure from his darker side.

Thor Steingraber, Executive Director of The Soraya, was Julie Taymor’s assistant director on “Grendel” at Los Angeles Opera, worked closely with Preljocaj on the production, an artistic relationship that prompted Steingraber presenting the choreographer’s two subsequent performances at the Dorothy Chandler Pavilion.

Preljocaj’s fascination with fairy tales, clearly part of his choreographic DNA, has also taken center stage in recent years. In his Grimms-based, un-Disneyesque take on “Snow White” (2008) and set to music of Mahler, the opus, seen at the Dorothy Chandler Pavilion in 2012, featured 25 dancers, with the Wicked Stepmother dominatrix-ready, costumes courtesy of fashion’s Jean-Paul Gaultier.

In 2014, Preljocaj returned to the Music Center with the North American premiere of “Les Nuits,” the erotically charged tales of the Arabian nights, with clingy costumes by Tunisian-born couturier Azzedine Alaïa (his clients included Grace Jones, Michelle Obama and Lady Gaga), and alluring stage designs by Constance Guisset, the production featured 18 dancers.

And as Preljocaj is a painter, himself, he’d said that visions of the Orient, as interpreted by Delacroix, Rousseau and Ingres, found their way into “Les Nuits.” Teeming with steamy imagery, the work, according to L.A. Times critic Mark Swed, was “exquisite to behold, wonderfully danced and culturally inclusive.”

Aficionados, then, will surely welcome the return of Ballet Preljocaj with “La Fresque,” which marks the troupe’s Soraya debut. The plot of this traditional Chinese folk story concerns two male travelers, Chu and Meng, who are forced by inclement weather to stop at a temple for shelter. There Chu falls in love with a girl in a fresco and steps through the painting to join her.

The spare, Guisset-designed set showcases a cast of five women and five men, all performing multiple roles, including monks, masked figures and men in armor, with garb once again created by Alaïa, who, sadly, died in 2017 at 82.

A deep dive into the blurring of illusion and reality, and the supernatural power of painting, “Fresque” allows Preljocaj to make use of myriad styles, including court dance, ballet, postmodernism and even a trace of German expressionism. Set to a score by Nicolas Godin – a mix of electronica and urban sounds – “Fresque,” as Le Figaro noted, is “infused with sensual beauty.”

While the work also tackles big topics, including transcendence, the place of art in today’s society and the power of imagination, Preljocaj has said that all of his choreographies are ultimately about the dance.

Victoria Looseleaf is an award-winning international arts journalist who covers dance, music, theater and the visual arts. Publications she has contributed to include the Los Angeles Times, the New York Times, KCET’s Artbound and Fjord Review. In addition, Looseleaf co-founded the online magazine ArtNowLA, while her novella in verse, Isn’t It Rich? is currently being adapted for the stage and her children’s/coffee table book, Russ & Iggy’s Art Alphabet, has recently been published by Red Sky Presents.