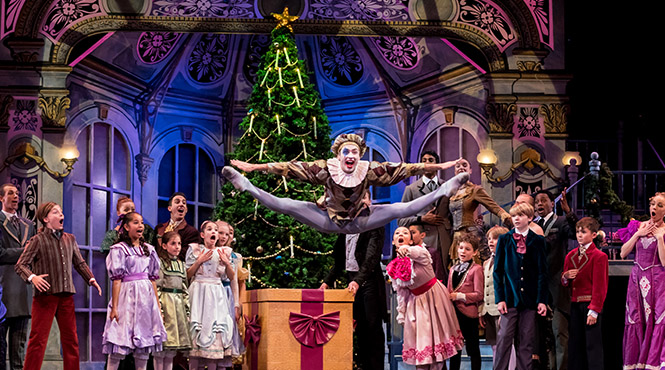 The Soraya’s resident dance company, Aspen Santa Fe Ballet, is capping off a quintet of annual appearances in Northridge this holiday season. Though best known for edgy programs featuring the most notable contemporary choreography, the troupe’s fifth Soraya season offers something different—that most traditional of story ballets, “The Nutcracker.” Since its founding in 1996, ASFB has staged the full-length ballet annually, co-choreographed by the company directors and set in the Victorian era. The Soraya will host this “Nutcracker” in its Los Angeles debut for three performances on December 7 and 8.

“We don’t take our production too seriously. We like it to be light and fun,” says ASFB Executive Director Jean-Philippe Malaty, who co-founded the duel-city dance company 24 years ago with Artistic Director Tom Mossbrucker. It is traditional with a contemporary twist, entertaining and cinematic, with dashes of humor. “There’s a child-like quality to it, an innocence" he says. 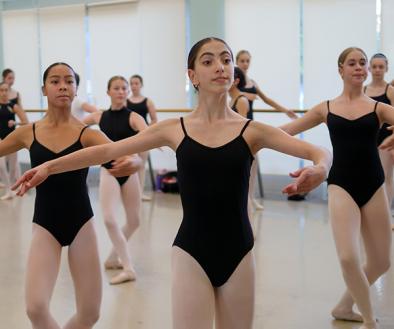 For The Soraya’s “Nutcracker” weekend, the company has engaged local dancers: three from the USC Glorya Kaufman School of Dance and more than 70 children from the Los Angeles Youth Ballet, the non-profit arm of the Los Angeles Ballet Academy in Encino. “We feel very lucky to have found these great community partners,” says Malaty.  “They will be dancing side by side with professionals.”

The key role of Clara (who receives the nutcracker as a Christmas gift) is shared by 14-year-olds Brynn Iby (Saturday) and Nadia Gruhlke (Sunday). Clara’s annoying younger brother Fritz will be danced by 12-year-old Malcolm McLaurin-Takumi. Andrea Paris-Gutierrez, the Youth Ballet’s president and artistic director, leads a program that is 27-years strong, with 600 student dancers. “Jean-Philippe and Melanie [Doskocil, who runs the School of Aspen Santa Fe Ballet] auditioned and coached our students,” says Paris-Gutierrez.  “It was an amazing, extraordinary process.”

Two guest stars will sparkle before the corps at the Saturday night performance: The Joffrey Ballet’s Jeraldine Mendoza and Dylan Gutierrez, dancing as the Sugar Plum Fairy and her Cavalier. Raised in Los Angeles, Dylan Gutierrez performed as a child with the Los Angeles Opera and at 16 was a finalist in The Music Center’s “Spotlight” scholarship program. L.A. audiences last saw him dance the title role of The Joffrey’s “Romeo and Juliet” at The Music Center partnering his girlfriend (now fiancée) Mendoza.

“We thought it would make sense to bring Dylan back home in the role of the Cavalier,” says Malaty. “This is the school he grew up in, where the kids now idolize him. ‘Nutcracker’ is about much more than the steps.  It’s about generations of dancers and audiences sharing the traditions.”

Like most classic Nutcrackers, ASFB’s production features Chinese, Arabian, Spanish and Russian variations. Dating back to 1892, when the ballet premiered at St. Petersburg’s Mariinsky Theatre, the second act was set in the Land of Sweets where Clara is gifted treats from around the globe—tea from China, coffee from Arabia, chocolate from Spain, and candy canes from Russia.  Along with Tchaikovsky’s bouncy, culturally-inspired themes, the variations have been part of almost every American “Nutcracker” since.

But attitudes have changed.  Former dancer Phil Chan, co-founder of “Final Bow for Yellowface,” a social-media movement, is encouraging dance companies to rework the Chinese variation in particular. “One way to do inclusion is to invite traditional performers from that culture, pay artists from that culture, and have it represented in an authentic way,” Chan wrote in an email.

Aspen Santa Fe Ballet anticipated this idea more than two decades ago. The company has long hired authentic folkloric dancers for the Chinese, Russian and Spanish divertissements. Mossbrucker and Malaty changed the scenario as well. “We never were keen on the Land of Sweets and the indulgence of cookies and candies,” Malaty says with a laugh. “We have a giant carousel, with the image of Clara going around the world, discovering dances from different countries.” It’s one of many ways this “Nutcracker” appeals to today’s audiences: it’s culturally sensitive as well as all-out entertaining.

And it may explain how the 90-minute wintery ballet has become a long-held and beloved community tradition in the company’s hometowns of Aspen, CO, and Santa Fe, NM—places where it actually snows!