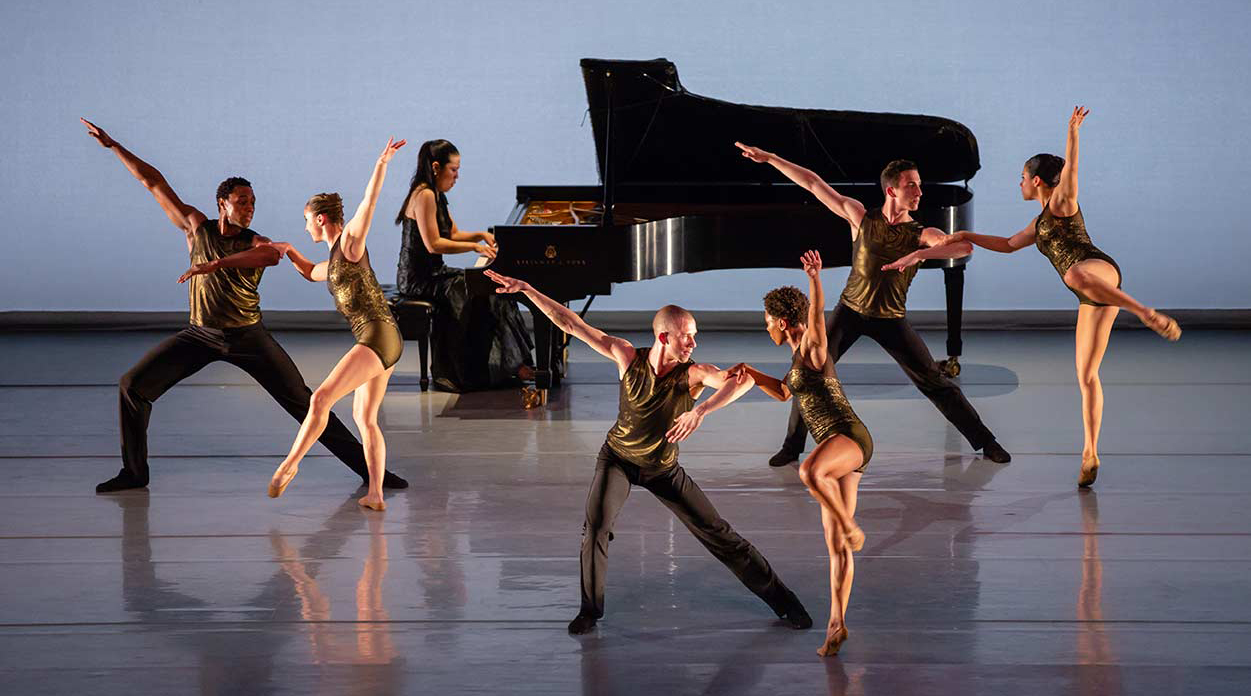 It was a gem of a dance company: a sleek, risk-taking, youthful, uber-trained crew of mega-movers. Anna Kisselgoff, writing in The New York Times, called them “A breath of fresh air!” Starting in 1996, the Aspen-based troupe, with Santa Fe as a treasured sister city, took hold in a rough-and-tumble region of the U.S. more habituated to ski boots and cowboy boots than a dancer’s humble bare feet or pointe shoes. But amidst the outdoorsy environs, a sensitive, artful, and resilient boutique ballet company with a verve for edgy contemporary work came to prosper.

An international touring map brought the dancers to such prestigious locales as Teatro La Fenice, the historic opera house in Venice, Italy; Biarritz in the southwest of France; and the Israeli cultural capital of Tel Aviv. The Aspenites performed at top American dance stages, often with return engagements: The Joyce Theater, Jacob’s Pillow Dance Festival, and The Kennedy Center. At The Pillow, where I was critic in-residence in 2011, I was first tantalized by the sight of the long-legged, mixed-race ASFB dancers in performance at the Ted Shawn Theater.

In recent years, The Soraya’s beautiful venue joined the stage list. The initial three-year residency was re-upped to four. Then, again it was extended to five. A sixth was not to be. A pioneer in the ‘contemporary-classical ballet’ space, ASFB was on the cusp of celebrating its 25th anniversary when upstaged by COVID-19. The global shut down of the performing arts spurred time to reflect for Jean-Philippe Malaty and Tom Mossbrucker, ASFB’s executive and artistic directors, respectively. Pre-COVID obstacles, gone unaddressed for decades, made the life of a touring troupe the size of ASFB untenable. In tandem with a supportive Board of Trustees, the directors made the difficult decision to re-allocate talent, relationships, and resources to a bold new initiative, Aspen Santa Fe Ballet Fund for Innovation in Dance. As part of that decision, the performing troupe, so brimming with life, reached its end.

ASFB, putting choreography first, generated an impressive roster of 40 original works in its 25-year existence. For many selected choreographers, an ASFB commission jump-started a burgeoning career. In the case of the bold choreographer Nicolo Fonte, eight original creations; for music-maven Jorma Elo, five. Then, the Spanish contingent: the quirky Catalan, Cayetano Soto, and moody Alejandro Cerrudo, each choreographed three original works for this company. Importantly, ASFB was home to four masterworks by Jiří Kylián, the Czech-born master credited with first infusing classical ballet with modern dance to spawn the contemporary classical ballet genre Aspen Santa Fe Ballet took on board with gusto.

Here in Los Angeles, starting in 2016 and repeating annually, Aspen Santa Fe Ballet displayed its wares in The Soraya’s jewel-box setting. Four scintillating programs of “mixed rep” included works by a total of eight choreographers. Opening the residency was “Cerrudo, Melo and Soto: Three New Works,” a specially curated evening of works by choreographers of LatinX heritage. The second Soraya outing was a happy event: the world premiere of a commission requested by Steingraber along these lines: Los Angeles-based, female, and a commercial choreographer. Cherice Barton appropriately titled her resulting work, Eudaemonia, the Greek word for happiness. Year three brought live musical accompaniment on stage, as pianist Joyce Yang, a Van Cliburn International Piano Competition silver medalist, gave a concert-style evening, only with dancers. The Soraya’s shimmering acoustics created a palpable bond in the house as choreography and dancers met three composers (Janáček, Philip Glass, and Schumann) and Ms. Yang. Another sound that tickled ears (on another night) was giggling and guffawing at Fernando Melo’s Dream Play, in which dancers, groveling on the stage floor, were transmuted by an overhead camera into gentle shadow play projected on a screen. When did you last laugh out loud at the ballet? We are left, of course, grieving, and then wondering what made this dance company so special. Was it the directors’ fine eye for sourcing dance talent that would meld into a tightly knit troupe but shine as soloists? Was it Malaty’s kindly, but all-business, management style? Or, Mossbrucker’s curation of guest choreographers to construct the troupe’s robust repertoire? Unquestionably it was teamwork by the two.

Several times a year, the company of ten-to-twelve dancers experienced the wonder of the magnificent six-hour drive between Aspen and Santa Fe, a frequent commute through some of America’s most spectacular terrain. All of this contributed to a very special dance company whose offerings had become a staple in Los Angeles thanks to the residency at The Soraya.

Los Angeles-based dance writer Debra Levine has been published in the New York Times, Los Angeles Times, South China Morning Post, DANCE Magazine, Long Beach Press-Telegram, La Opinion, and EMMY magazine. It has been Debra’s great honor to write often about Aspen Santa Fe Ballet. On April 16, 2016, she delivered a pre-performance talk about the company at The Soraya, entitled “Climb Every Mountain.” Debra blogs at arts•meme, the fine-arts blog she founded in 2008. 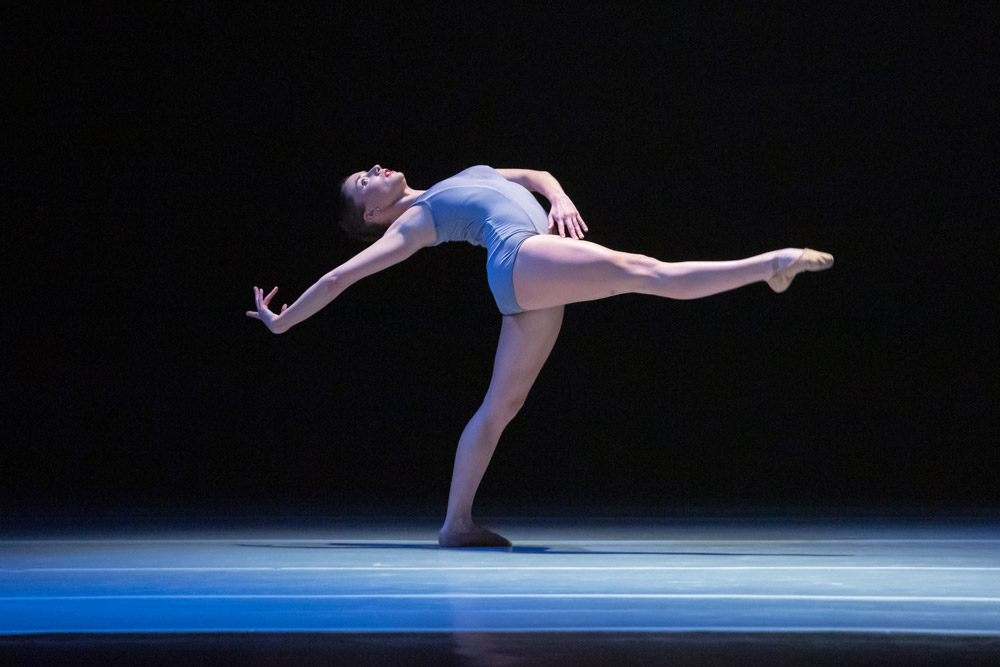 The revival of Jorma Elo’s 1st Flash gave ASFB dancers a chance to shine in a very big, highly virtuosic ballet. The work, staged confidently on a brightly lit stage and set to a Sibelius violin concerto, tested ASFB’s neo-classical chops. The dancers were undaunted, however, by "Flash"'s relentless high speed and quirky footwork, finished by filigree hands. 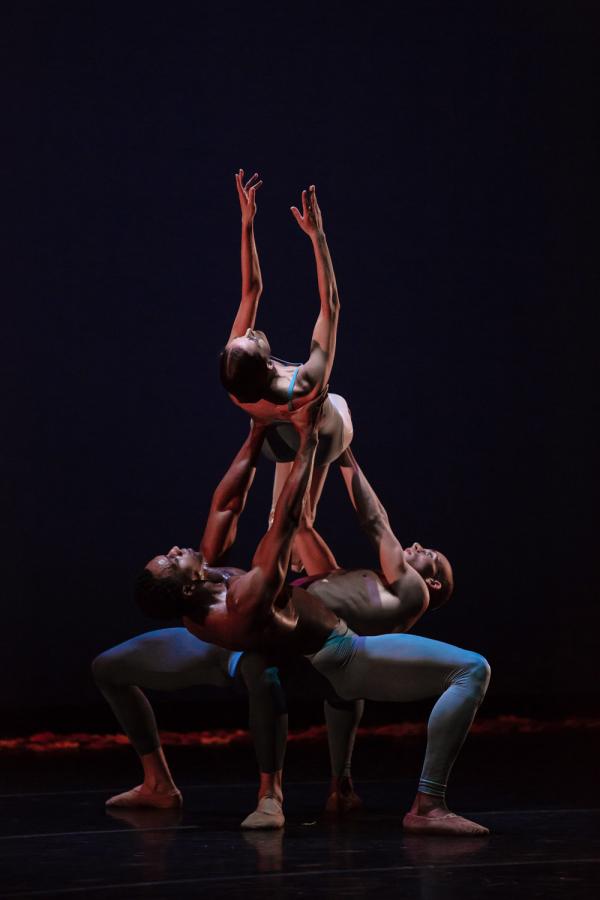 A masterful work by the Czech-born choreographer to music by Leoš Janáček is a ballet of extreme shapes and high-touch coupling that employs the then-new genre, contemporary classical ballet. Kylián’s magic shows in a series of flowing lifts that feel tender not forceful, and hew to the modernist score. This seminal ballet had its premiere with the Stuttgart Ballet, May 17, 1975. 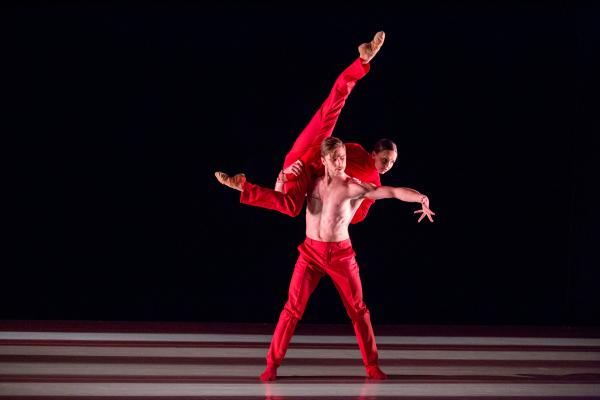 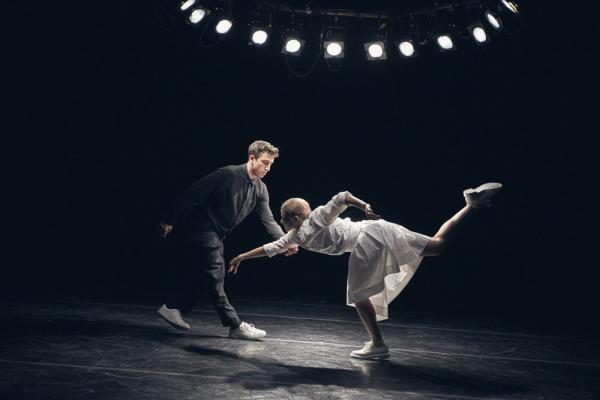 Brazilian-born Fernando Melo calls his multimedia dance-theater work, Re:play, a “rhythmic journey of images.” Dance is given cinematographic treatment, as ten dancers construct, then deconstruct, one dramatic scene in a blinking shower of high-tech LED lighting. A conceptual work structured through mathematical formulae, Re:play keeps the lighting panel occupied, as it ticks through 700 lighting cues.

posted in: Stories | Photos   tagged: At The Soraya | Dance