This world-famous dance company returns to The Soraya with the “most skilled and powerful dancers you can ever hope to see” (Washington Post). They bring the piece that NPR called “one of the milestones of the millennium:” Appalachian Spring, a celebration of the American spirit on the frontier set to the stirring Pulitzer Prize-winning music of Aaron Copland. Accompanying the dancers LIVE will be Wild Up, Christopher Rountree’s excitingly modern ensemble of classical musicians that play with raucous energy that The New York Times calls “irresistibly exuberant.” 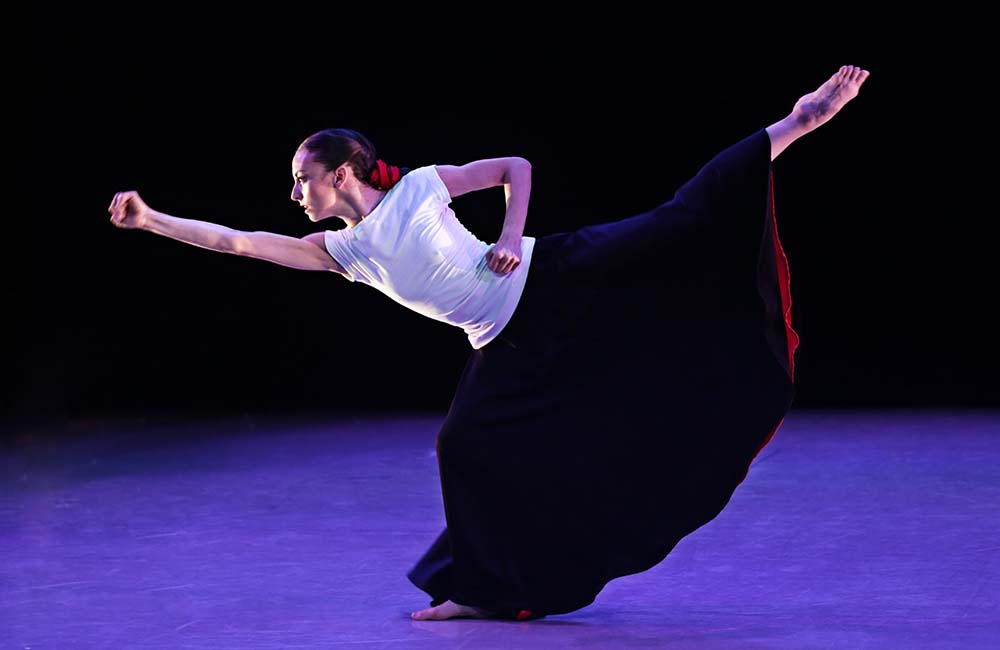 STORY: Time Traveling with Martha Graham, at The Soraya

When Martha Graham placed a single bare foot—famously small, her feet had enviable high arches—on the stage of New York’s 48th Street Theater in her 1926 debut as an independent choreographer, she made dance history. Newly departed from her Denishawn dance-beginnings, the intense young woman, abetted by her musical director Louis Horst, rented the theater for a program of 18 short works, mostly solos. Graham was deploying a powerful means of self-expression—her highly trained body—to give form to her passionate thoughts and feelings. Ninety-three years later, Janet Eilber, artistic director of the Martha Graham Center of Contemporary Dance, who as the company’s former lead dancer inherited many of Graham’s massive leading roles (Graham died, age 90, in 1991), brings the troupe she has directed since 2005 for its fourth return appearance at The Soraya.

Requiem: Fire in the Air of the Earth
great-hall