"Iconic scoring at its most subtle and moving."
—Film Score Monthly

Artistic director for jazz at The Kennedy Center, Jason Moran returns to The Soraya following his raucous Fats Waller concert. In honor of Martin Luther King Jr.’s birthday and Black History Month, the composer and jazz pianist will perform his Oscar-nominated score, accompanying Ava DuVernay’s 2014 film, Selma, on the large screen. Moran will be joined by New West Symphony. Selma dramatizes the events leading up to King’s landmark 1965 march for voting rights. About Moran’s astonishing first feature film score, Film Music Magazine noted, “It’s an unstoppable sense of history-making that could perhaps only be captured by a musician so steeped in jazz and its cultural heritage.” 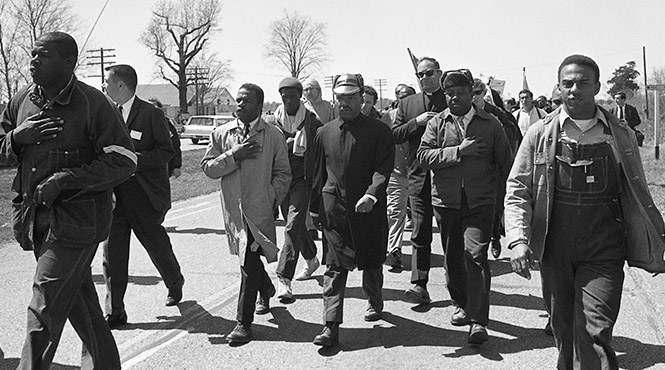 STORY: Historic Selma Photographs on View at The SorayaJohn Kouns Photography Collection from The Bradley Center

The Soraya will be partnering with The Bradley Center to display these photographs in The Soraya’s Art Gallery space in concert with Jason Moran performing the score of Selma (2014) with a live orchestra beginning February 1.