Exactly ten years after Opening Night, we welcome the entire Soraya family—those who have been with us from the beginning and those who have joined us along the way. This exclusive live stream will feature special performances by Broadway favorites Lea Salonga (Once on this Island, Mulan, Miss Saigon) and Mandy Gonzalez (Hamilton, In The Heights); Jazz legend Wynton Marsalis (Jazz at Lincoln Center); and tap virtuoso Savion Glover (Bring in 'Da Noise, Happy Feet). Please join CSUN President Dr. Erika Beck and Executive Director Thor Steingraber for this historic virtual event. 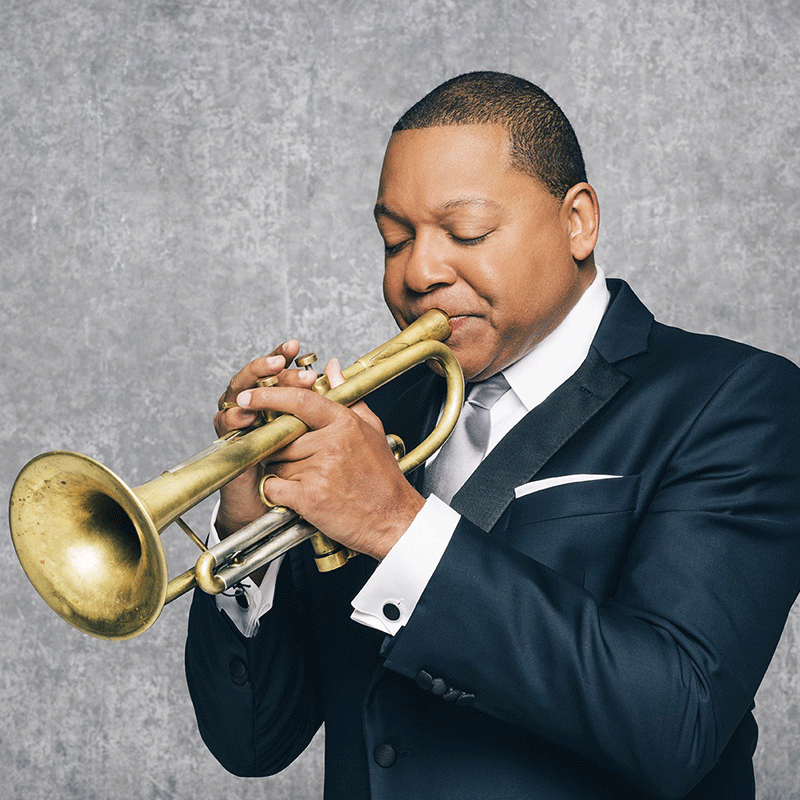 Wynton Marsalis is an internationally acclaimed musician, composer and bandleader, an educator, and a leading advocate of American culture. He has created and performed an expansive range of music from quartets to big bands, chamber music ensembles to symphony orchestras and tap dance to ballet, expanding the vocabulary for jazz and classical music with a vital body of work that places him among the world’s finest musicians and composers.

Always swinging, Marsalis blows his trumpet with a clear tone, a depth of emotion and a unique, virtuosic style derived from an encyclopedic range of trumpet techniques. When you hear Marsalis play, you’re hearing life being played out through music.

Marsalis’ core beliefs and foundation for living are based on the principles of jazz. He promotes individual creativity (improvisation), collective cooperation (swing), gratitude and good manners (sophistication), and faces adversity with persistent optimism (the blues). With his evolved humanity and through his selfless work, Marsalis has elevated the quality of human engagement for individuals, social networks, and cultural institutions throughout the world. 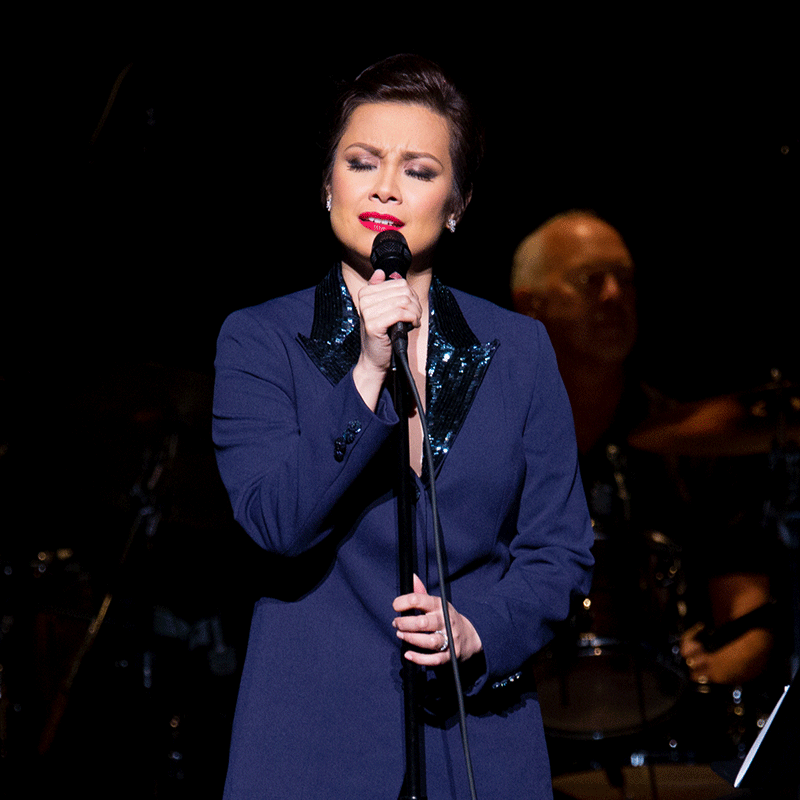 Multiple award-winning actress and singer Lea Salonga is renown across the world for her powerful voice and perfect pitch. She is best known for her Tony Award winning role in Miss Saigon. In addition to the Tony, she has won the Olivier, Drama Desk, Outer Critics Circle and Theatre World Awards, in the field of musical theatre. She was also the first Asian to play Eponine in the musical Les Misérables on Broadway and returned to the beloved show as Fantine in the 2006 revival. Many fans of all ages recognize Lea as the singing voice of Princess Jasmine from Aladdin and Fa Mulan for Mulan and Mulan II. For her portrayal of the beloved princesses, the Walt Disney Company bestowed her with the honor of “Disney Legend”.

Most recently, Lea starred in the critically acclaimed Sony musical-drama YELLOW ROSE which hit theaters in October. Additionally, in August, Lea released her single “Dream Again” with all profits donated to charities aiding in COVID-19 relief around the world, including The Actor’s Fund. In November 2020 Lea Salonga: Live with the Sydney Symphony Orchestra from Sydney Opera House aired as part of Great Performances on PBS. A live album of the performance was subsequently released by Broadway Records.

Currently, Lea serves as a judge on the Philippines hit version of “The Voice” including the ratings juggernaut “The Voice Kids”. Mitoy Yonting, a member of Team Lea, was named the first season winner.

Lea’s 2019 The Human Heart Tour saw sold-out audiences and record-breaking sales across North America, the United Kingdom and Australia. On Broadway, Lea most recently starred in the 2018 Broadway revival of Once on This Island as the Goddess of Love, Erzulie. The show’s return to the Broadway stage earned a Tony Award for “Best Revival of a Musical” and also garnered Lea and the cast a Grammy nomination for “Best Musical Theater Album.”

In late 2017, Lea released “Bahaghari,” an album of traditional Filipino songs. The album serves as a reflection of all the intricate and different languages found in the Philippines and aims to help preserve the island nation’s dynamic culture.

Lea also released her electrifying live album “Blurred Lines” in the spring of 2017. The album was recorded during her sold-out run at Feinstein’s / 54Below the year before. The original six-date showcase was received with overwhelming accolades from fans and critics alike. So well received in fact that Lea returned to the famed venue for a record-setting 15-show encore performance in the late spring (2017).

In the fall of 2015 Lea began her critically acclaimed run as Kei Kimura in the Broadway production of Allegiance. The musical, inspired and developed by legendary actor George Takei, tells the story of a Japanese American family forced into an internment camp during World War II. Lea garnered a Craig Noel nomination for Outstanding Featured Performance in a Musical for her performance in the Old Globe production and can be heard on the show’s original cast album. Following this, Lea made a guest appearance on the hit CW television show Crazy Ex-Girlfriend.

For much of 2014, Lea performed with legendary popera quartet Il Divo, accompanying them in Asia, the United States, Canada, Mexico, and all through Eastern and Western Europe on their A Musical Affair tour, celebrating the band’s 10th anniversary. She can be seen on their latest DVD and CD bearing the same name.

Lea made her debut in the world of Cabaret in 2010, performing a sold out, three-week engagement at the Café Carlyle in New York City. She returned in June 2011 to delight audiences in another multi-week engagement and released a live version of her 2010 concert “Lea Salonga: The Journey So Far,” her 26th career CD, in August 2011. The CD rose to the #3 spot on iTunes Jazz Charts. In 2013, she did a third engagement titled “Back to Before,” which was lauded by the New York Times.

Lea has toured all over the world, performing sold out concerts in such locations as the Sydney Opera House, 02 Arena, Disney Concert Hall in Los Angeles, Singapore’s Esplanade , Kuala Lumpur Convention Center, Hong Kong Cultural Center ), Queen Sirikit Convention Center in Bangkok and Carnegie Hall in New York.She was also the first artist to sell out two shows at Brigham Young University’s deJong Concert Hall in Provo, Utah since The Kings Singers in 2009.

In 2010, she participated in the 25th Anniversary Concert of Les Misérables to sold out crowds at the UK’s O2 arena having appeared as Eponine in the show’s 10th Anniversary concert. She also dazzled as the hauntingly tragic Grizabella in a limited run of CATS in her hometown of Manila. Lea also teamed up with legendary Grammy winner, Patti Austin, to perform the concert series, ‘Heart and Soul,’ at venues throughout the United States.

Honored with an appointment as a United Nations Food and Agriculture Organization Goodwill Ambassador in October of 2010, Lea vowed to act as an advocate for the Youth and United Nations Global Alliance initiative led by the FAO. The same year, she also joined forces with Avon as a celebrity judge for Avon Voices, alongside such artists as Fergie, Natasha Beddingfield and Diane Warren, in the first ever global, online singing talent search for women and songwriting competition for men and women.

In her 40-year career, Lea has performed for six Philippine presidents (from Ferdinand Marcos to Benigno S. Aquino III), three American Presidents (George H. W. Bush, Bill Clinton, and George W. Bush), and for Diana, Princess of Wales and Her Majesty Queen Elizabeth II. She began her career as a child star in the Philippines, making her professional debut in 1978 at the age of seven in the musical The King and I. She went on to star in productions of Annie, Cat on a Hot Tin Roof, Fiddler on the Roof, The Rose Tattoo, The Sound of Music, The Goodbye Girl, Paper Moon, The Fantasticks and Rodgers and Hammerstein's Flower Drum Song on Broadway.

An avid techie and gamer, Lea divides her time between Manila, Philippines with her family and the United States. 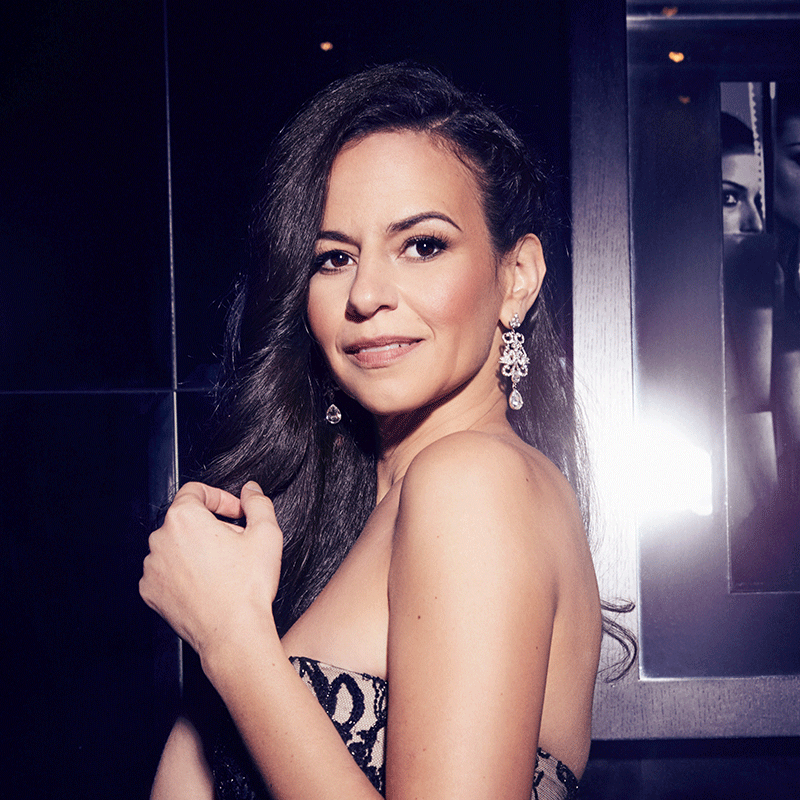 Mandy Gonzalez has thrilled audiences on Broadway, lit up the screen on television, and started a social movement. Mandy Gonzalez is currently starring as Angelica Schuyler in the musical sensation, Hamilton.

She can also be seen as Lucy Knox on the CBS hit, Madam Secretary.

Mandy is also known for originating the role of Nina Rosario, in her brilliant performance in the Tony award-winning, In the Heights. She has also starred as Elphaba in the Broadway production of Wicked, blowing the roof off each night of New York’s Gershwin Theatre. Mandy is a Warner Music artist and recently released her debut album, FEARLESS, which debuted at #13 on the iTunes pop charts.

Mandy Gonzalez is also an author, recently publishing a widely cited article in the Harvard Business Review on how to overcome one’s fear of public speaking and be more confident in one’s communication and leadership. A deeply held passion of hers, Mandy Gonzalez is the proud founder of #FearlessSquad — a social media movement for inclusiveness and belonging. The movement connects millions of people around the world to be their best selves and empower each other.